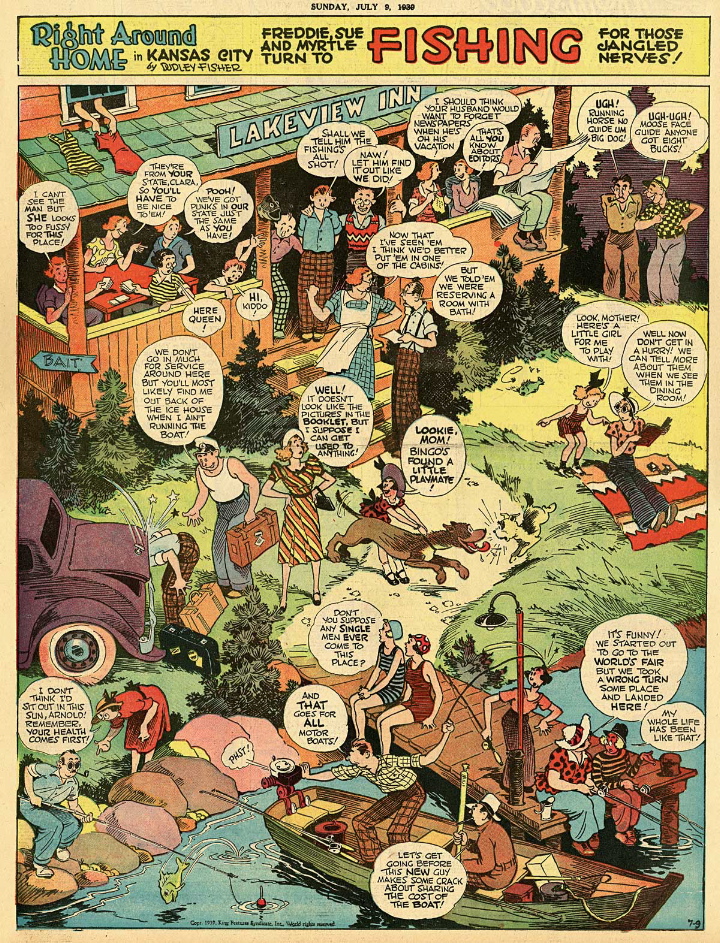 Artists working for periodicals in the last century were always attracted to the bird's-eye view — it grabbed attention and allowed for a complex image, often with lots of little stories or anecdotes unfolding within the frame.  Dudley Fisher did a regular newspaper comic based on the bird's-eye view — the page above is from 1939.

Stevan Dohanos did the Saturday Evening Post cover above in 1954 with a similar subject but in a photo-realistic style.

Tony Sarg did a wonderful series of bird's-eye views of New York in the 1920s, which have recently been collected in a book, Up & Down New York.  (You can get it here.)  Sarg was a fascinating figure from the first half of the 20th Century — primarily a theatrical puppeteer, he branched out into children's books, films and advertising displays.  His most lasting contribution to American visual culture was probably his invention, in 1928, of the Macy's Thanksgiving Day Parade balloons — versions of his popular marionettes but manipulated by lines from below.