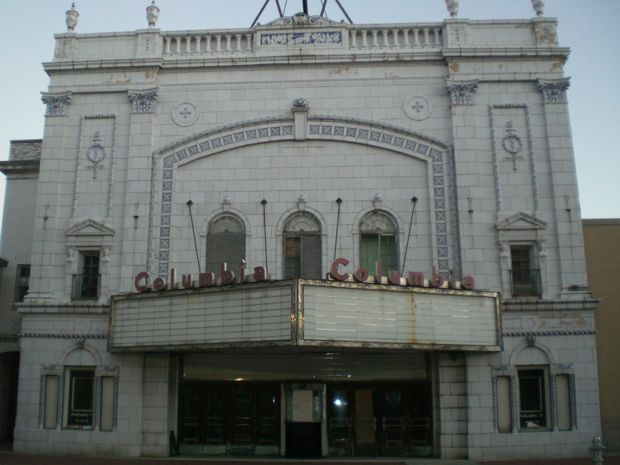 On his recent trip to Paducah, Kentucky, Paul Zahl found an empty palace of dreams:Of the two surviving movie palaces in Paducah, The Columbia is the larger and more ornate.  I saw heavy demolition equipment in
the rear and got worried.  Fortunately, I was able to consult with a
professor of regional history who knows all about
Irvin S. Cobb and more about Paducah as a riverfront city.  Dr. Robertson said
that The Columbia is not slated for demolition, although it is
derelict.  Cobb's movies, such as

Steamboat Round the Bend and the
one he made after Will Rogers was killed — in which the studio tried,
unsuccessfully, to make Cobb into Rogers's folksy successor on screen —
would have been shown here.  This theater is only six blocks from the
confluence of the Tennessee and Ohio Rivers.