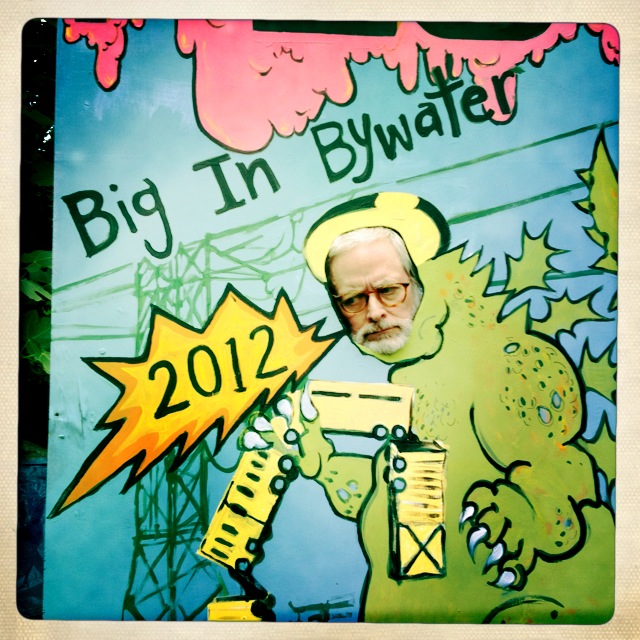 Between the two weekends of Jazz Fest there is, as I’ve mentioned, a vast amount of live music to be heard at various other venues around New Orleans. One is ChazFest, a one-day mini-festival in the Bywater district, a shabby old neighborhood which has been massively invaded of late by Bohemians, in part because it suffered little flooding during Katrina.

ChazFest takes place on two small stages set up in a large backyard in Bywater, and consists mostly of local groups not playing the big festival. Great acts, good food and drink are plentiful.  One booth offered a selection of rare brands of saki.  Only in New Orleans.

The ChazFest slogan this year was “BIg In Bywater”, it’s logo Godzilla looming over the place. Everyone was invited to put a face to Godzilla.