Today a fresh-faced young kid showed up at my door canvassing for Obama. I told him I would be voting, had already made up my mind about how I’d be voting and urged him to go spend time with someone who might be less decided about things.

He asked me all the same which way I was leaning and I told him I’d rather not say, wanting to avoid a conversation that would have included the phrases habeas corpus and due process, because I figured the kid wouldn’t know what I was talking about, or why so many Americans in the past gave their lives to preserve those rights which Mr. Obama has wiped away with the stroke of a pen. 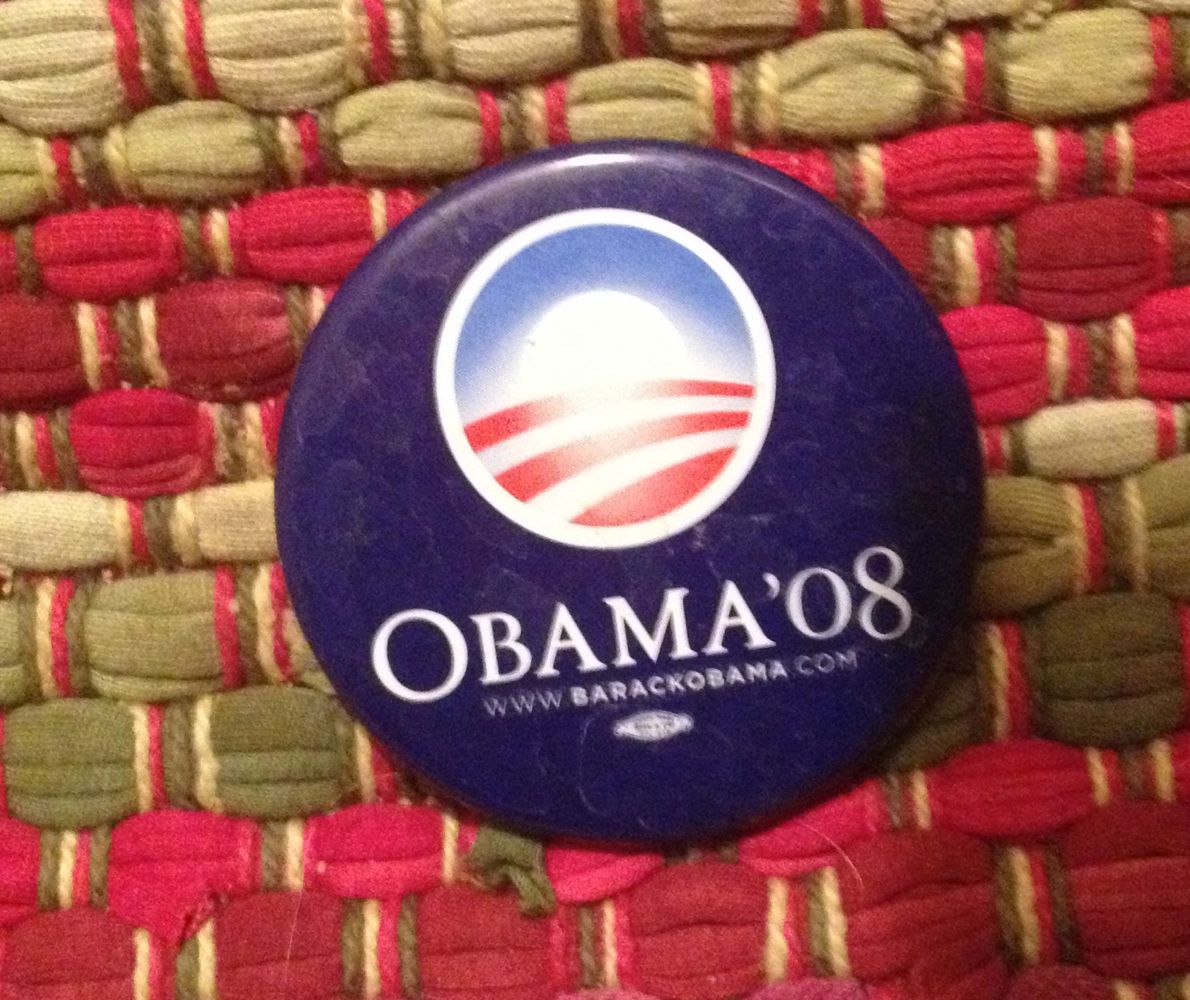 The kid’s enthusiasm and hopefulness made me sad, because they reminded me that I had been doing what he was doing four years ago, wearing the button pictured above, and in the same cheerful frame of mind.  I’m not in a cheerful frame of mind now and on Tuesday I will be downright depressed.