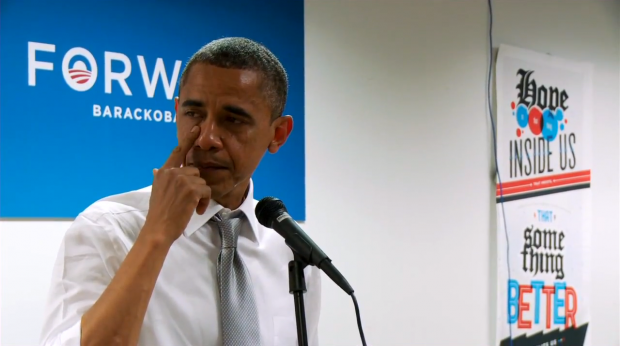 . . . addressing his campaign workers. I’d like to see him cry over the destruction of the Constitution, at Arlington National Cemetery in front of the graves of the soldiers who died to preserve it.  Don’t hold your breath for that.