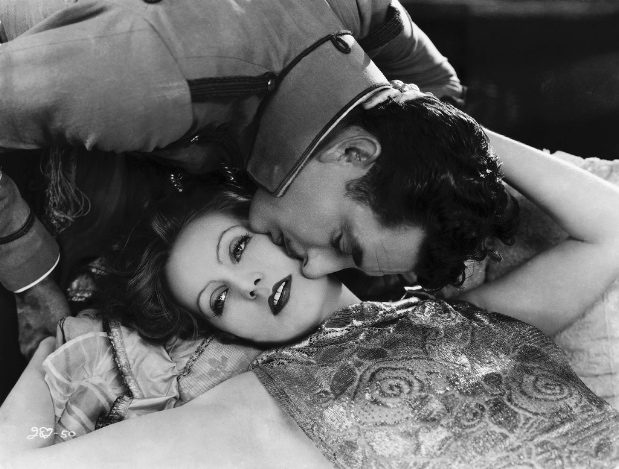 This legendary film has a set-up that promises a rattling good yarn —
two lifelong friends pitted against each other in mortal combat by a
callow but irresistible woman. It is directed in bravura style, with
flashes of cinematic brilliance, by a master of film narrative,
Clarence Brown, and it features two of the silent screen's most
appealing actors, Greta Garbo and John Gilbert. The result is
watchable, even entertaining — but deeply unsatisfying on almost every
level.
We see in this film what the 20th-Century, and the studio system in
Hollywood, did to the melodrama — perverting it meretriciously,
heartlessly, systematically, fatally.


The melodrama of the Victorian stage, of Griffith and Pickford and even
Murnau, was a stylized form in which a glamorized virtue was beset by
crude though recognizable obstacles which seemed invincible but which
virtue could vanquish, though often only by self-sacrifice and in death.


We may laugh at the form today, or find it charmingly quaint, but it
represented a sophisticated dramatic tradition capable of conveying
deep emotion and serious moral reflection. It is hardly more laughable
or quaint than modern forms, in which a superior display of aptitude
with firearms can right any wrong, in which glamor or cuteness alone
can resolve any romantic complication, in which material or
professional success signals the triumph of the good.


Melodrama only becomes grotesque and artificial when those who make it
lose faith, consciously or unconsciously, in virtue, especially in
self-sacrificial virtue. In our self-obsessed age, at least before 11
September 2001, virtue became suspect — a sucker's game — and sacrifice
unthinkable. Not being able to have it all seemed a crime against a
basic entitlement of humanity — or at least that part of it lucky
enough to be born into Western middle-class comfort.


This is why modern intellectual sophisticates laughed at the melodrama
of Titanic, though its moral complexity far exceeded the dime-store
nihilism, or self-referential fantasy, delivered by the hip filmmakers
of the 90's. It was taken seriously, however, by ordinary people — and
especially by teenage women, who knew on some level that the nihilism
and fantasy of their parents' generation had come to a dead end, had
not prepared them for the world they saw before them, the world of
Columbine and Osama bin Laden. 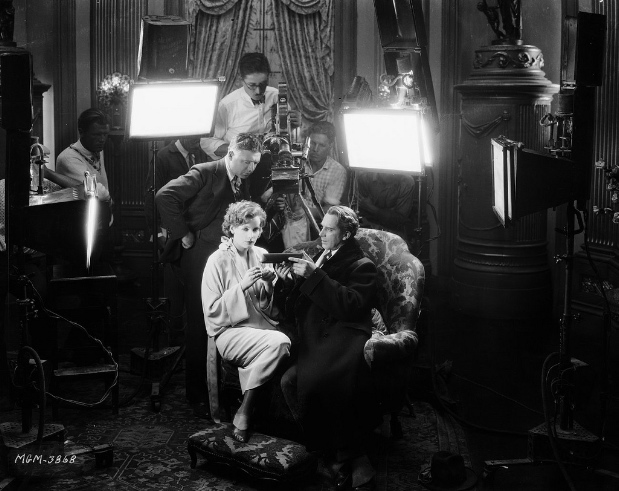 Flesh and the Devil
represents a first step in the destruction of
melodrama as a viable form — as Titanic may represent a first step
in its rehabilitation. In Flesh and the Devil, virtue is dessicated
— evil lush and ripe. Though the story tells us again and again that
Barbara Kent is the good girl and Greta Garbo the bad girl, every
single act of craft and genius on display in the film struggles to
persuade us otherwise.

We are far from Griffith and Pickford here, whose great heroines showed
us how appealing, energetic, sexy and even seductive virtue could be.
Greta Garbo becomes, in essence, the auteur of Flesh and the Devil,
because all its narrative ploys, all its moral stances, collapse into
worship of her mysterious presence, her oddly luminous flesh. 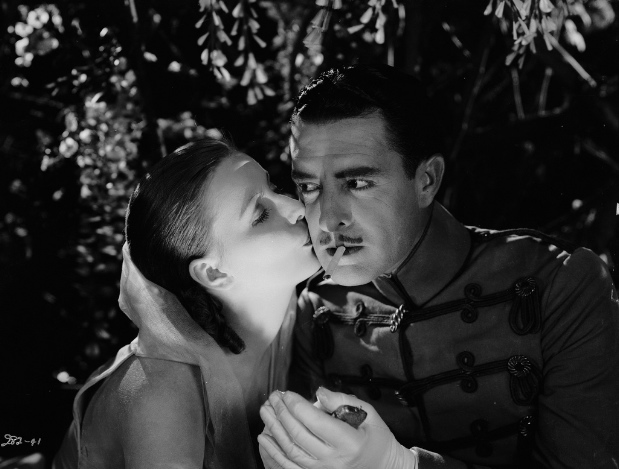 In strictly narrative terms, there has rarely been a more extreme
example of misogyny on film. Garbo's character is unremittingly evil —
her heartlessness, until the last unconvincing moments of the role, is
absolute, her greed and selfishness both repellent and unmitigated. But
Brown's camera and Brown's casting and Brown's staging worship at her
feet. All the other characters are perfunctorily drawn, wooden in
presentation, with two exceptions. One is the kindly old priest who is
roused to an almost sexual excitement by his hatred of the Garbo
character — a hatred which the narrative invites us to share. The
other is Gilbert . . . who struggles manfully to discover a complexity,
a moral gravity in his character. In his final scenes he almost
succeeds, but the odds are against him, the game was rigged from the
start. The film believes in nothing but Garbo — virtue has no defense
against her, can reassert itself only by killing her.


One thinks of what the film could have been if those who made it were
aware of this — had some sense of the moral questions it raises. If
Garbo's character had been granted a soul, instead of stripped of it,
if Barbara Kent's character had been given even a hint of Gish's or
Pickford's complexity and will and sensuality, the delicious
possibilities of the tale could have unfolded into real melodrama —
which is to say, real drama.


But this film is an early demonstration of the use of a star to avoid
drama, to avoid moral questions, to parade unfelt clichés and
undeveloped characters and irresponsible attitudes before an audience
mesmerized by glamor alone. A melodrama in which virtue has evaporated
is not melodrama anymore — it's more like Grand Guignol, without the
shameless energy, the giddy frissons, the amoral abandon of a real
Theater of Blood. 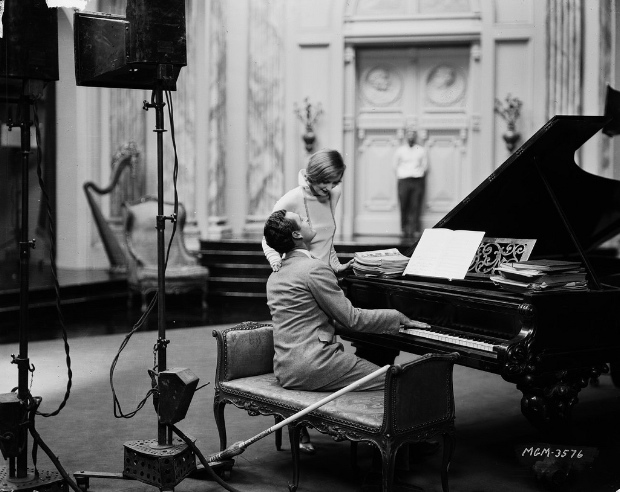 I'm not sure we can blame Garbo's collaborators too harshly for this,
though — she is sui generis. There is really no word for what she does
on screen. It's not acting, it's not even performing — she is simply a
creature who has her being on film . . . the camera devours her, every
molecule of her. The process leaves nothing behind — no memory of a
character, or even of a human being caught on film. She paradoxically
incarnates the gossamer moods of certain kinds of passion, certain
kinds of physical enchantment — and vanishes as mysteriously as they
do. But it's useless to deny how spectacular the phenomenon is, how
strange and pleasurable — just as it's useless to deny the charm of
falling in love.


Brown and his cameraman and his screenwriters and his actors may have
to be forgiven for losing their heads in her presence, and even for
hating her power to undo them so utterly.

6 thoughts on “FLESH AND THE DEVIL”