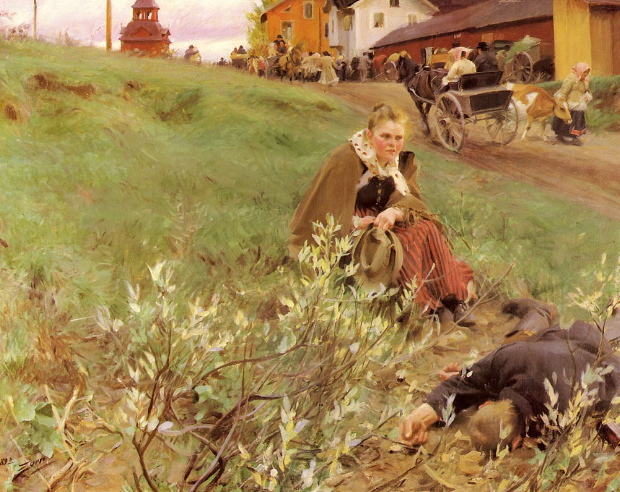 Recently, thanks to Amy Crehore’s blog Little Hokum Rag, I discovered the work of the amazing Swedish painter Anders Zorn.  Zorn started his career in the Victorian era and his paintings share some of the attributes of the Victorian academic schools — an almost photo-realistic style combined with an emphasis on the dramatic use of spatial depth in the image (see above.)

But Zorn worked into the first two decades of the 20th-Century and like Sargent, another quasi-academic, he was attracted to the free brushstrokes and painterly surfaces of the Impressionists.  Indeed, some of Zorn’s wonderful  portraits of women can stand favorable comparison with Sargent’s work: 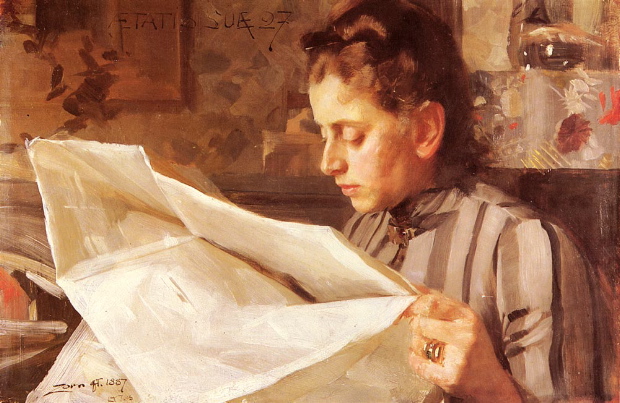 Like Gérôme, Zorn’s interest in stereometric forms led him to work also in the medium of sculpture:

Zorn was justly celebrated for his images of water, in which the sensual brushstokes render with convincing precision the surfaces of sea or river or lake: 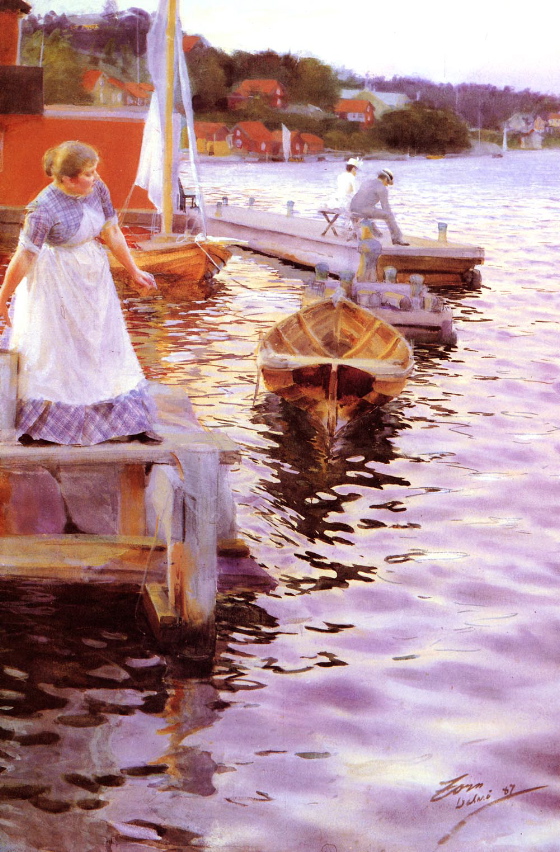 Zorn is perhaps most famous for his plein air nudes.  In them he abandons any hint of the allegorical or classical, which tended to inform the Victorian academic approach to the nude, for a frank celebration of the female body in a natural setting.  I wouldn’t be at all surprised if these nudes influenced Andrew Wyeth’s portraits of naked women out of doors — which have the same sort of directness, as though we, the viewers, had simply stumbled upon a woman walking around naked through the woods: 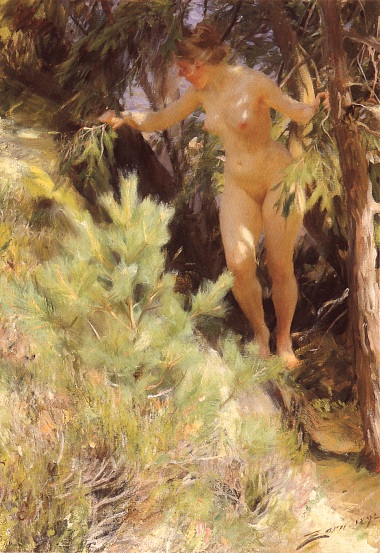 There’s a hint of the voyeuristic in the approach — you get a sense that Zorn’s models might be startled (though perhaps not embarrassed) to find someone looking at them.  The image below seems to reflect something of Zorn’s attitude — seen from behind, one of his models appears to be disrobing for him out of doors, or getting dressed again after posing, but Zorn appears to be spying on her without her knowledge.  There’s no sense of violation — just of a secret delight.
I think it’s one of the sexiest images in all of art: 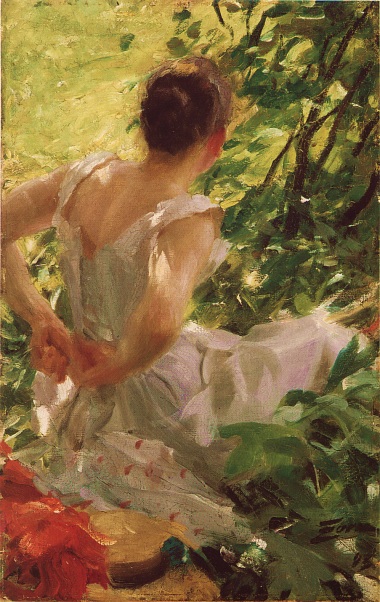