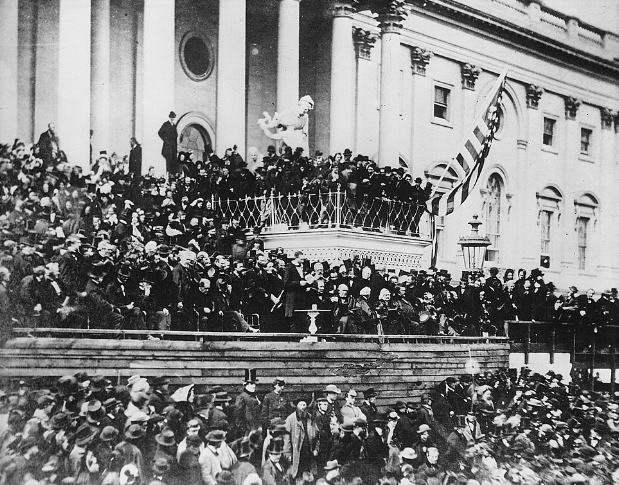 I
personally like to hear a little religion come up in the political
discourse of this country.  Abraham Lincoln, like Martin Luther
King after him, was very good at reminding us that our actions of the
moment have to be seen in the light of transcendent values, and
religion has powerful language in which to frame such ideas.

Here's Lincoln on the human cost of the Civil War (spoken at his Second Inaugural, above):

Fondly do we hope — fervently
do we pray — that this mighty scourge of war may speedily pass away.
Yet, if God wills that it continue until all the wealth piled by
the bondsman's two hundred and fifty years of unrequited toil
shall be sunk, and until every drop of blood drawn by the lash
shall be paid by another drawn with the sword, as was said
three thousand years ago, so still it must be said, “The
judgments of the Lord are true and righteous altogether.” 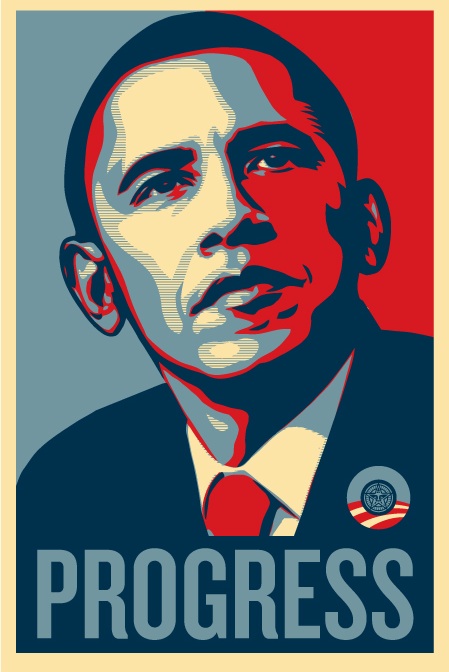 Barack Obama first got my attention in his speech at the 2004
Democratic Convention when he said, in the space of a few lines, “We've
got some good gay friends in the red states . . . and we worship a
righteous God in the blue states!”  It occurred to me that no
other politician on the national scene could say both things with such
fervor and conviction.  I'm sure that Hillary Clinton's faith and
John McCain's faith are sincere, but neither could use the phrase “a
righteous God” with such an unselfconscious sense of joy — and neither would dare to
speak with true affection for gays, afraid of alienating some
constituency or other, regardless of their stated positions on gay
rights.

I was really pissed off at the Mike Huckabee campaign ad in which a
bookcase behind him was lit to present the image of a gleaming
cross.  Huckabee later said it was inadvertent.  Right.
It was a Christmas message, in which Huckabee mentioned celebrating the
birth of Christ — why lie about the cross image?  Was he just too
wimpy to put a crucifix behind him — did he think it would be better
to sneak it in?  Subliminal messages like this, especially when
denied, are very
creepy.  (Have a look at the ad yourself here and draw your own conclusions.)  I also am totally unmoved by mere statements of faith, or
policies defended by scriptural doctrine.  I want the ideas behind
those doctrines to take center stage in the discourse. 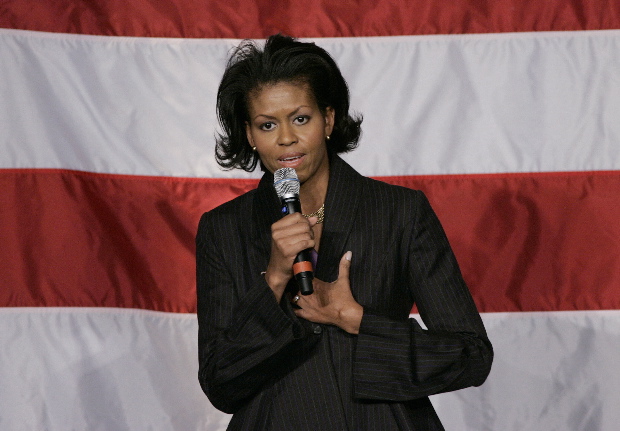 Michelle Obama, who is becoming a truly powerful speaker, said the other day
in California that “our souls are broken” in this country because we have lost some of
our capacity for empathy with “the least of
these”.  She was using what is essentially a religious argument,
and referencing scripture in the process — these lines from Matthew:

That's
one of the most radical statements in the history of human thought, and
a keystone of Christian faith, but Mrs. Obama was using it in the
context of an argument about ideas — about the way a democracy ought
to function.  She wasn't arguing about getting religion back into
public life, with symbols and slogans, she was getting religion back into public life by speaking to (and from) its wisdom.

You don't have to be religious to appreciate the value of religious
language for illuminating complex moral ideas — Lincoln's own
religious faith was a little murky even as he penned the words I've
quoted above.  And even if you are religious, you can afford to be
offended when politicians use the language of faith as a marketing tool.

3 thoughts on “FAITH ON THE CAMPAIGN TRAIL”