My friend Jae Song lives in a remote section of Brooklyn, once utterly desolate and a refuge for Bohemians pushed out of Manhattan by the Duppies and Big Nanny and high rents.  (If they extended the L train out to Kansas, there would be a new enclave of disenchanted New York Bohemians flourishing there within months.)  There are signs of change, though — as more and more of the sort of folks who
have made Manhattan the capital of Connecticut arrive, seeking to experience vicariously the
juice of the island as it once was.  The irony is that eventually these Duppies will bring Big Nanny and high rents with them, and the Bohemians will have to move on once again.

Here's a recent report from Jae on how things are going at the edge of Brooklyn, with some great photos he took.  The place still sounds like it's got some edge left:

DESOLATION ROW
So I live in an industrial waste land . . .
haven't really gone out much here . . . though I hear more and more that
there's a lot of places to go now that all the hipsters have taken over.
I went to a show — a friend's band was playing.  The place was in the middle of nowhere — really — no cars, no people . . . I
couldn't find the place at first but saw some others looking lost and
followed them and found it.

.  More big old scary dudes were in the back.

The show was at this hipster kid's loft he's made into some weird place
with a stage and a recording booth.  H

e sold cheap cold beer and there was a huge balcony so it was nice.I got really drunk somehow . . . and wandered off . . . and heard music in the distance . . . 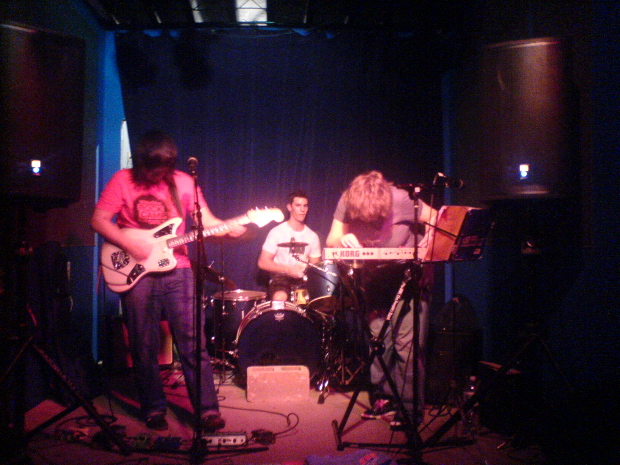 . . . and found yet another crazy little weird place where bands were playing.  This was sort of like a store front — super super small — but a better
stage and sound
.  Again in the middle of nowhere — on a street with factories — a tiny
little door opened into a tiny little venue. 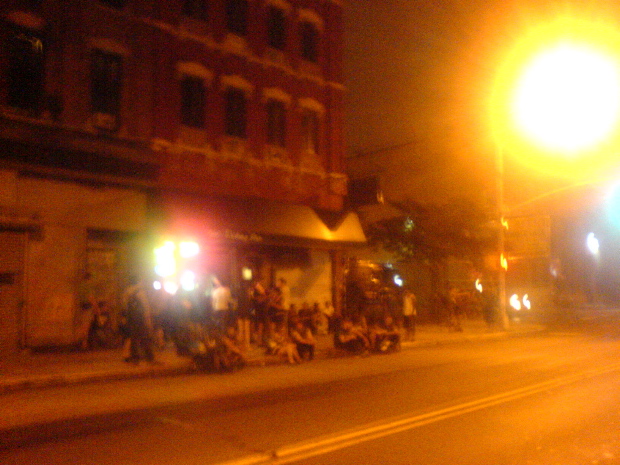 By the time I wandered back home there were a million hipsters just
hanging out outside my building.

Just sitting on the side walk smoking and I guess trying to stay cool
(literally and figuratively).

There's a bar next door to my place and across the street but everyone was
outside.