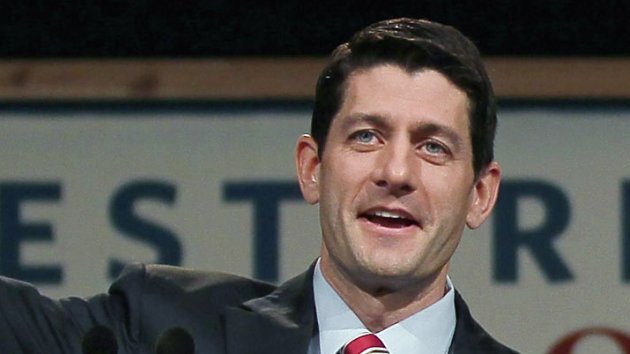 On the Good Ship Malaprop, Mitt Romney introduced Paul Ryan as “the next President of the United States”. Poor Mitt — he’s just not ready for prime time. Ryan is, though.

Ryan is a snake-oil salesman, and like any good snake-oil salesman he comes across as a regular guy, a guy who just wants to put you onto a good deal.  This is oddly refreshing after the vacuousness of Romney and Obama. They are spokesmodels for corporate America and come off like spokesmodels — hollow and robotic. Obama’s lofty rhetoric, that once reminded you of the rhetoric of a great preacher of the old school, fails to impress anymore, now that we know he’s just blowing smoke up our asses.

Ryan comes across as a human being, a flim-flam man but not a robot or a pasteboard pastor. This will be a two-sided sword for Romney — Ryan may inject some humanity into Romney’s campaign but that humanity will simultaneously make Romney look even more synthetic than he already does.

He has suddenly made the race interesting.