This movie is one of cinema’s most dazzling exercises in style — in art direction, in lighting, in cinematography, in choreographing movement for and by the camera, in creating seductive cinematic spaces.

Paradoxically all this aesthetic beauty serves a grim and depressing story.  The film says at once that the world is a shabby, brutal place and also a place of endless sensual enchantment.  It’s hard to know if this was an exercise in irony on Bertolucci’s part or a symptom of schizophrenia, exposing the divided heart of a man torn between rigorous political commitment and unmediated artistic self-indulgence. 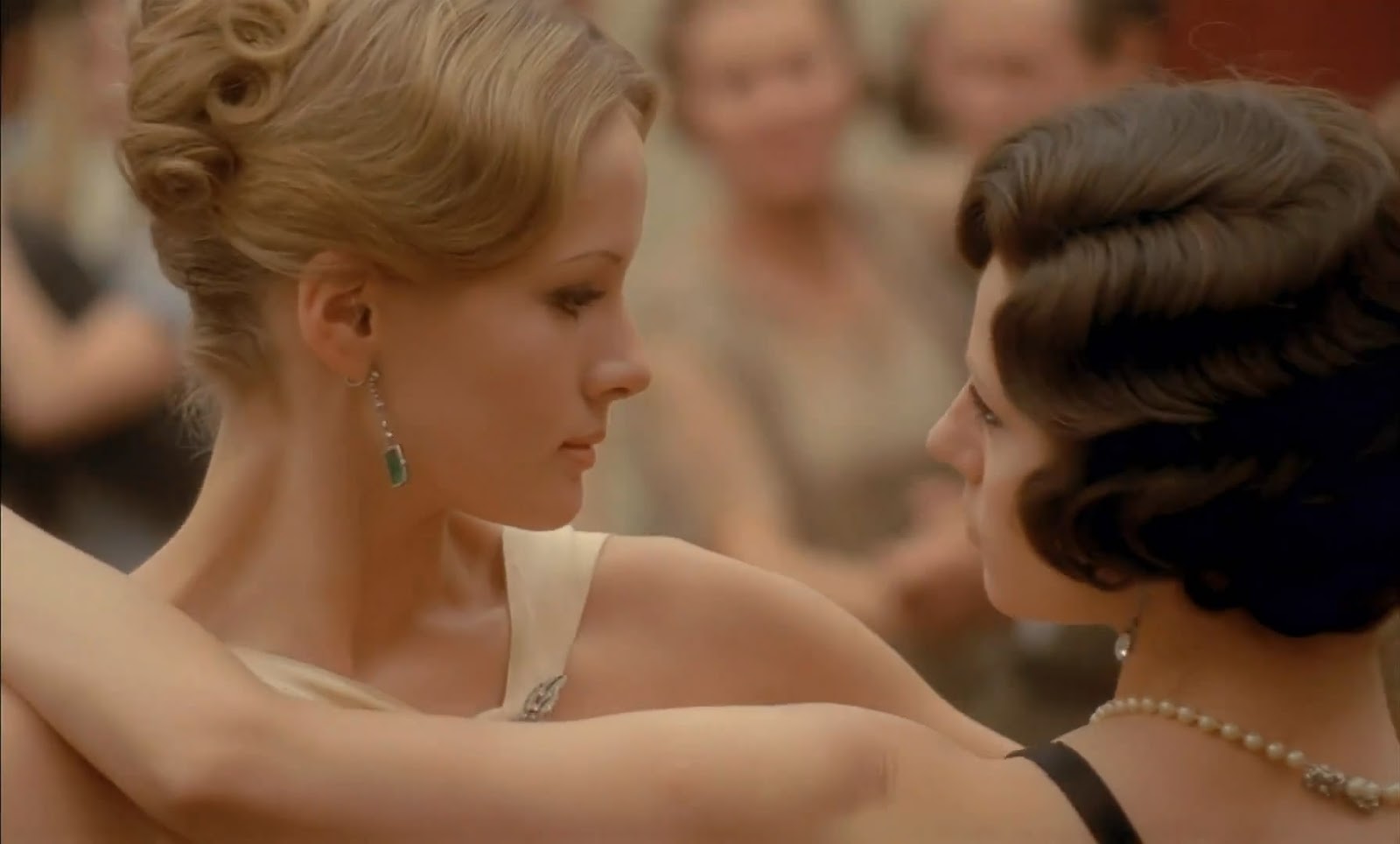 I hesitate to call it a great movie but it has some of the greatest passages in any movie ever made — passages which by themselves justify and exalt the medium beyond judgement or praise.