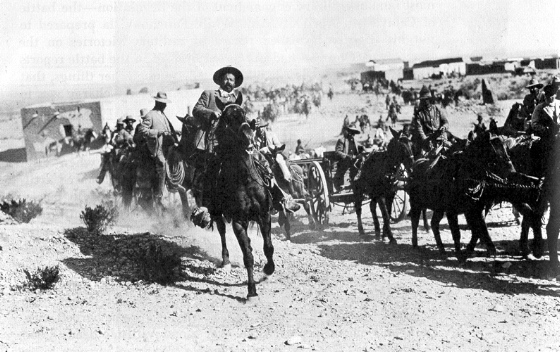 The Mexican Revolution coincided with new developments in photography,
smaller cameras with faster lenses, and became the first major military
conflict in which action was convincingly captured.  Below is a picture of
the Kodak Graflex camera, introduced in 1902 and constantly improved,
which had shutter speeds up to 1/1000th of a second — it was
considered the best small professional camera on the market and was
often used to record incidents of the Revolution: 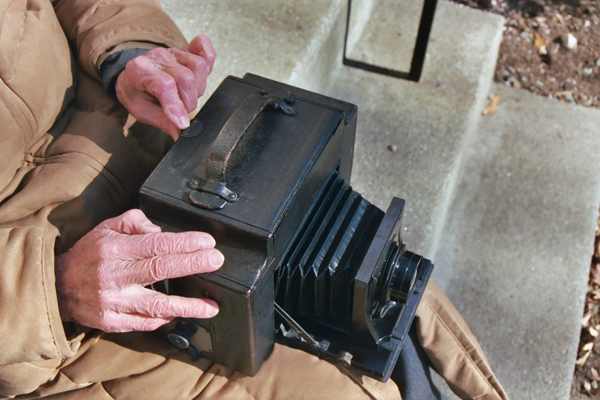 Border incursions by Mexican revolutionaries and intervention by the American military made the Revolution hot news in the U. S. and motivated a number of photographers to record images of the fighting for commercial exploitation, mostly through the sale of picture postcards.  They weren’t above staging scenes for their cameras, but they made astonishing images of actual events as well, like the image above of Pancho Villa riding at the side of his troops.  Photographs of the dead were big sellers, and one photographer even caught some shocking images of executions by firing squad, in which we can see the bullets kicking up dust in the wall behind the victims, who are still on their feet after being shot.  Here’s one of them:

The Mexican revolution marked a major development in the depiction of violence in photographic images, adding a new element of action to long-established practices of recording only the aftermath of war’s horror.

Click here to learn how to operate a Graphex camera . . .