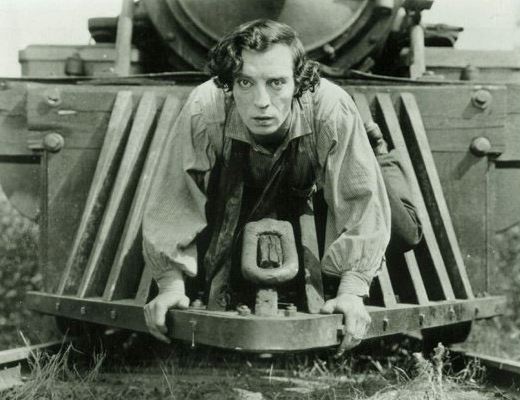 Moving picture images are magical not because they move, not because they can efficiently convey factual or narrative information, and not because they can be composed to produce pleasing graphic effects — although, of course, they can do all of these things.  Moving picture images are magical because they can create the illusion of a space on the other side of the screen into which we look and into which we project ourselves experientially.
The fascination and appeal of this illusion can be simple, even crude — witness the famous story of the first public projection of the Lumière brothers’ Train Arriving In A Station, in which a train, moving on an angle almost directly towards the camera, caused spectators to duck and scream, as though they thought the train might might leave the illusory space of the projected image and penetrate the real space of the auditorium. 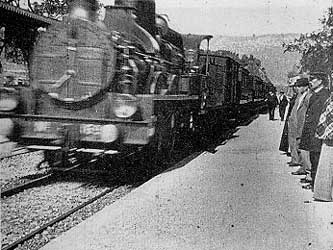 Of course it’s doubtful that people actually felt themselves in danger from the projected image — the reaction was physiological.  When you see something that looks big and solid and seems to be hurtling towards you, you duck first and think later — very much the way a Cinerama traveling shot filmed from the front of a roller-coaster car can cause slight nausea.  The eye tricks the body into a physical response.

Our eyes, conditioned by long experience watching moving pictures, are not as innocent as the eyes of the people who ducked and screamed at the Lumières’ train, but we still react viscerally to the imaginary space on the other side of the movie screen.  Shots which emphasize the illusion of space on the other side of the screen still draw us imaginatively into that space, cause or allow us to participate more fully in the action that seems to be going
on there.

When lighting or framing or camera movement or choreography of action within the frame intensifies the spatial illusion, our attention becomes more focussed, our ability to project ourselves into the action of the film more pronounced.  This is something all great directors have known, consciously or intuitively — as they have known how to manipulate the phenomenon for specific emotional effects.

It would seem that most of the truly great directors understood the phenomenon intuitively.  Griffith’s first film, made in 1908, works hard to create the illusion of spatial depth and to exploit it in every shot — something that was far from routine in films, especially narrative films, of the time. 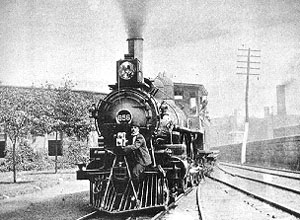 Hitchcock, a child at around this same time in the development of movies, said the first films that captured his imagination were part of a non-narrative series called Phantom Train Rides, in which a camera was mounted on the front of train and simply filmed the unfolding journey, penetrating space and thus emphasizing the spatial illusion of the film image.  (One such film, From Leadville To Aspen, with a brief interpolated narrative plot, can be seen on the More Treasures From American Film Archives DVD box set — and the opening of Strangers On A Train has an exceptionally beautiful shot, used also in the trailer for the film, below, from the front of a moving train that echoes the technique of the Phantom Train Rides.) 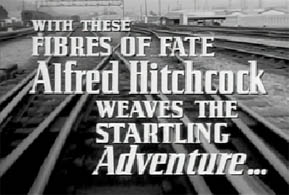 Hitchcock also said that when he was a teenager what impressed him most about American movies was their use of backlighting to separate foreground figures from backgrounds, to give the impression of “relief” — spatial depth.

The techniques listed above for intensifying spatial illusion in movies all tend to exploit the basic three-dimensional quality of the photographic image, its optical coherence with regard to perspective, to give the impression of a space which is malleable, filled with potential for movement within it.  They reveal the illusion of cinematic space as something akin to real space, which can be redefined and re-analyzed by movement, molded — as something, in short, which is plastic.

There needs to be a whole new criticism of film centered on its identity as a plastic art.