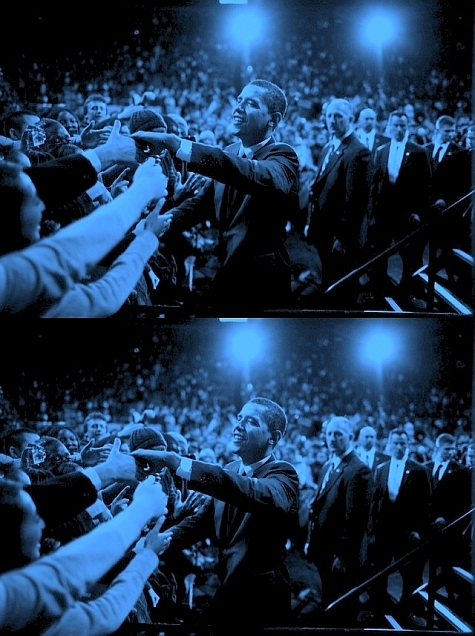 Only the results of the primary voting were known in the wee hours of 5
March — Hillary Clinton won in that voting, by a three-percent
margin.  The cable news services, anxious to put a period to the
day's events, reported that Clinton had “won Texas”, and this has become
the story out of Texas, Clinton's “Texas victory” one aspect of her
“comeback”.

But with about 40% of the caucus votes tabulated it is clear that Obama
will win the caucus by a substantial margin and that he will gain about
six delegates overall from the Texas election.  By any measure, he
will win Texas, because he will win more delegates there.

Don't expect the corporate media to tell you this, or to make anything
of it.  The “Texas story” is set in stone now — Obama's victory
in Texas, when it becomes official, will just be a footnote.

The pundits of cable news are clowns, parroting the predictions of
fallible polls and dutifully reporting whatever spin the respective
camps decide to put out, without making the slightest effort to
evaluate the reliability of the press releases or media conference
calls.  They will justify themselves by saying that they're just
reporting on “the perception” that Clinton won Texas, even though they
created that perception by irresponsible reporting.

They're riding the idiot wind.