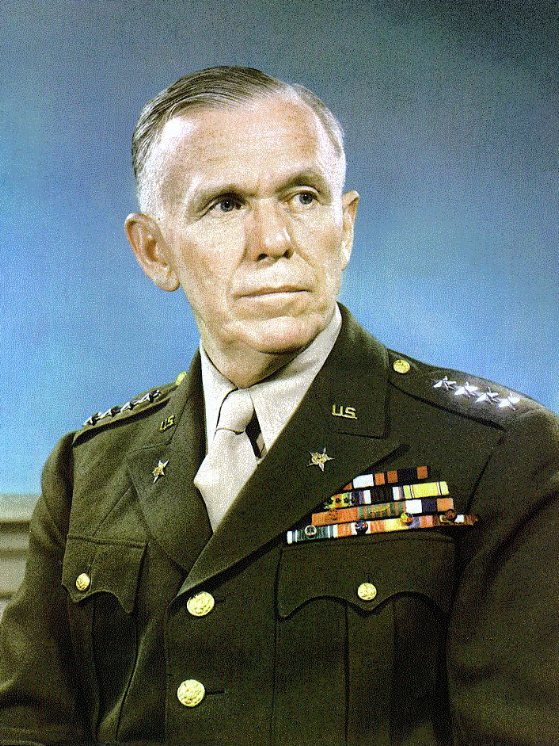 George Marshall was one of the greatest of all Americans — the
organizer of victory in WWII, the rebuilder of Europe after the war,
the only professional soldier who has ever won the Nobel Peace Prize.

He was also the most boring of great Americans, a man who never sought
glory, who concentrated on practical matters, who made the glory of
others possible.  But he was a deep thinker about war.
“Military power wins battles,” he said, “but spiritual power wins
wars.”  He was the anti-Rumsfeld.  Two weeks after America
entered WWII Marshall set up a commission to plan for the occupation of
Germany and Japan, realizing how easy it would be to win the war but
lose the peace, as we have done in Iraq.  In 1945 he urged his
generals to end the war as quickly as possible, afraid that extending
our government on a war footing, with its attendant centralized wartime
powers, would erode America's habits of democracy.

We need to remember him now — remember what our country has forgotten
in its “war on terror”.  Our only hope in this war is spiritual
power.