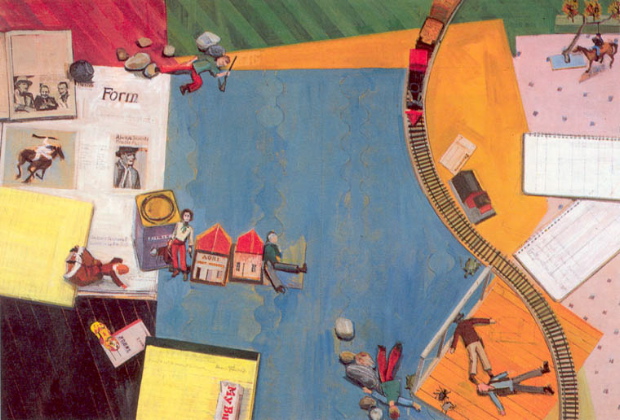 I was sorry to hear recently about the death of painter and critic Manny Farber.  I love Farber's paintings but must confess to having decidedly mixed feelings about his film criticism, for which he's generally better known.  He strikes me as someone who had acute intuitions about movies but was never able to find a critical language capable of explicating them.  He came up with wonderful terms like “negative space” but their meanings shifted so mercurially that you could never be sure exactly what he wanted them to convey.  I defy anyone to come up with a definition for “negative space” which applies to all the contexts in which Farber used it.

Farber also lapsed frequently into language so obtuse that no meaning of any kind can be teased out of it.  I don't think this was the result of pretension, or lack of intelligence — I think it was the result of frustrated passion.  He knew something extraordinary was happening in the film or scene he was discussing, he knew there was no conventional critical language with which it could be described, so he just riffed, out beyond the limits of rational communication, and hoped to get the sense of what he felt across. 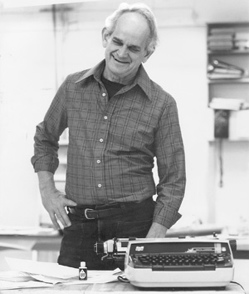 This sort of approach can work — but so can simply shouting, “Hey, look at this!”  Farber's writing about film is an odd mixture of sublime insights, many opinions eccentric for their time which subsequent generations of critics have vindicated, and bouts of incoherent shouting.  Threading your way through the maze can be exhausting.

Farber's admirers will tell you that his incoherent passages are attempts to produce abstract literary equivalents of the non-verbal effects found in movies — which is academic nonsense of a far more objectionable type than Farber's.  His approach to movies was simply emotional and impressionistic, rather than analytical.  It's instructive to note that when Farber did try to describe images precisely he sometimes misremembered what he had “seen”.

It must be said, though, that Farber really cared about movies, and responded deeply and honestly to them, which is nine tenths of what good criticism is all about — but for some reason he felt the need to supply, or try to supply, that last tenth, an intellectual comprehension of cinematic means, which he lacked.  That makes him, for me, more frustrating, less enjoyable to read than other critics, like Kael and Agee, who tended to write within their limitations, which were very similar to Farber's.

With his passing, I rejoice in the paintings (like the one at the head of this post, a tribute to Budd Boetticher) which he left behind.  I believe they will long outlive his writings about film.