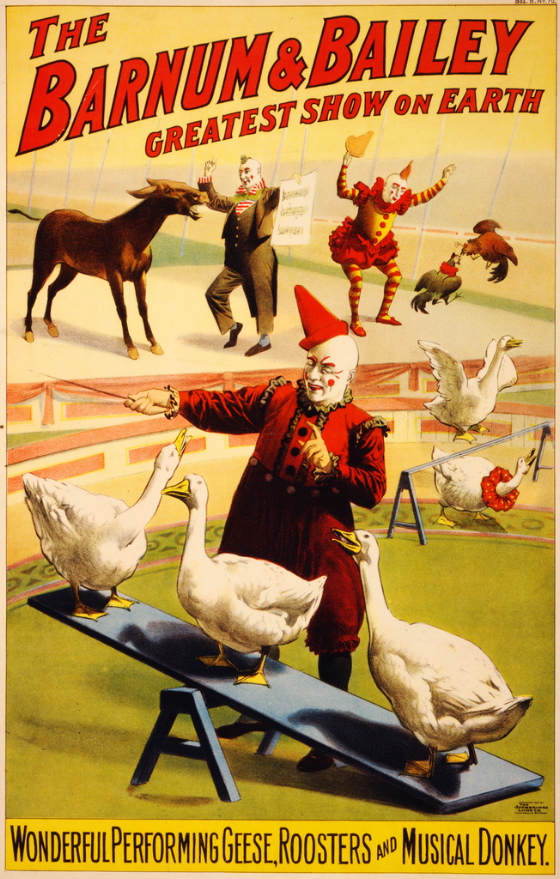 P. T. Barnum’s circus went through a lot of configurations before he formed his final co-equal partnership with James Bailey.  Bailey was an organization guy, Barnum was a ballyhoo guy, and between them they offered the public some dazzling shows, more complicated than any circuses which have survived into our own time, with the usual clowns and trapeze and juggling acts and exotic animals but also including exhibits of exotic people from around the world, including human freaks, and vast historical pageants, like “Nero”, staged by Imre Karalfy, complete with chariot races and the burning of Rome.  All that and a musical donkey to boot.

In 1890, on a trip to London where he’d taken his great show, Barnum was recorded on an Edison cylinder.  It’s scratchy and the words are hard to make out, but it’s still thrilling to hear the old showman’s actual voice.