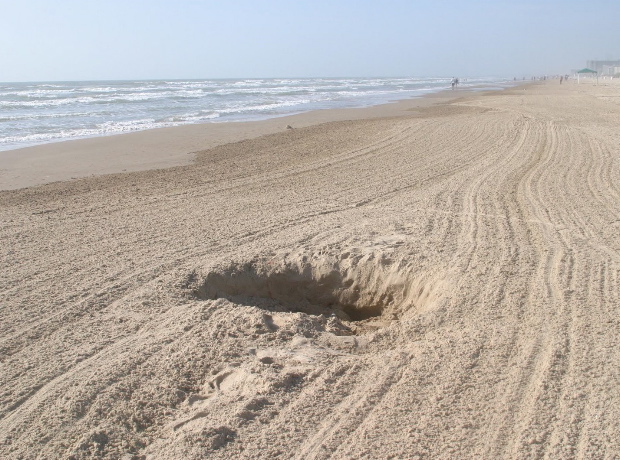 Yesterday at sunset two large Golden Retrievers ran down onto the beach
with their owner and proceeded instantly to two spots in the sand, as
though they were prearranged, and began digging furiously.  They didn’t
stop as long as I watched them.  The holes just got bigger and deeper.
Occasionally the dogs would pause, step back and bark into the holes.
There was nothing in the holes.This was almost as strange as a couple in their thirties I saw a few
days ago, strolling along the shore.  The man had one arm around his
lady companion — in the other he carried a golf club, a metal driver.

Every now and then he would stop, disengage, address an imaginary golf
ball in the sand and “drive” it into the surf.  Then he would continue
on.Some fantastic act of defiance — like Cuchulain attacking the breakers
with his broadsword?  A man who cares far too much about his golf swing?When we know what the dogs were digging for we may know the answers to
these questions, and many others besides.  Mysteries of the beach
revealed . . .