[Warning — some plot spoilers below.]

The peculiar brand of cinematic lunacy that started when Frank Tashlin and Jerry Lewis teamed up in the Fifties reached a kind of apotheosis in George Axelrod's Lord Love A Duck, from 1965.  Audiences of the time recoiled from the film, and in a way it brought that particular comic tradition to an end.  It was only partly Axelrod's fault.

Tashlin and Lewis, together and separately, found a way of making self-reflexive movies — movies that called attention to themselves as movies — which embodied an extreme critique of popular culture, satirizing the taste of the very audience which supported their films.  They got away with it because the films were very funny, because audiences of the time clearly shared on some level the filmmaker's distrust of their own culture, and because those audiences didn't resent films which mocked them as long as the filmmakers mocked themselves in the process.

Perhaps most importantly, it was clear that Tashlin and Lewis had an appreciation, even love, for the culture they were deconstructing — they weren't standing outside and above it, pronouncing judgment.

In Lord Love A Duck, though, as in Billy Wilder's Kiss Me, Stupid, the savagery of the critique, the revulsion of the filmmakers for the society they were satirizing, got too raw.  The collapse of the post-WWII American male had been treated almost affectionately in Axelrod's script for Wilder's The Seven Year Itch, co-adapted with Wilder from Axelrod's Broadway play — just as it was in Tashlin's The Girl Can't Help It.

In Lord Love A Duck, as in Kiss Me, Stupid, that affection has evaporated and been replaced with disgust.  In Kiss Me, Stupid there is still affection for the good-hearted women who must deal with the collapsed male protagonists, but the dizzy dame who drives men mad in Lord Love A Duck, played by Tuesday Weld, gets only a bit of pity in passing.  The satire has gotten too close to the bone, and offers more frissons than laughs.

Axelrod goes for the jugular very directly in his film.  The absent father in Tuesday Weld's life has become a barely human caricature of the guilty parent, with a false camaraderie which quickly escalates into babbling oedipal hysteria.  Weld's mother, the abandoned wife, mocked for what she has to do to support her child, kills herself.  The portrait of the father is still within the realm of comedy, of a very savage and disturbing kind — but the portrait of the mother is sickeningly sad.

Roddy MacDowell, as the magic nerd who makes all of Weld's dreams come true but hasn't got the male authority to win her love, becomes a mass murderer.  Weld herself is not the sweet bombshell Monroe played in The Seven Year Itch, nor the corrupted girl next door MacLaine played in The Apartment.  Weld is a bundle of empty desires, destined to be used and discarded by the men she uses.

As I suggested in an earlier note on Kiss Me, Stupid, when the critics of male insecurity start to hate women for putting up with it, the possibilities for comedy have been exhausted. 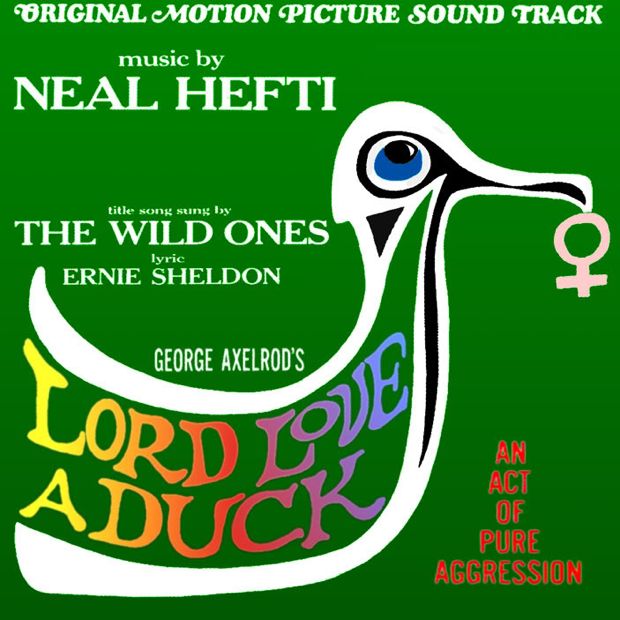 The magic nerd that Axelrod created in Lord Love A Duck would be resurrected, more benignly, in later high-school comedies like Ferris Bueller's Day Off and Napoleon Dynamite.  The Coen brothers would find a new way of making savage fun of 60s middle-class culture in A Serious Man, which somehow manages to portray the same moral desolation and social absurdity without the corrosive and alienating resentment.

Lord Love A Duck stands today as a powerfully resonant film, whose creator has arrived at a kind of cultural crossroads and is paralyzed by his inability to decide which direction to take to bring his vision home.  It's a crossroads which has become for him, and for a certain tradition of American comedy, a total dead end.