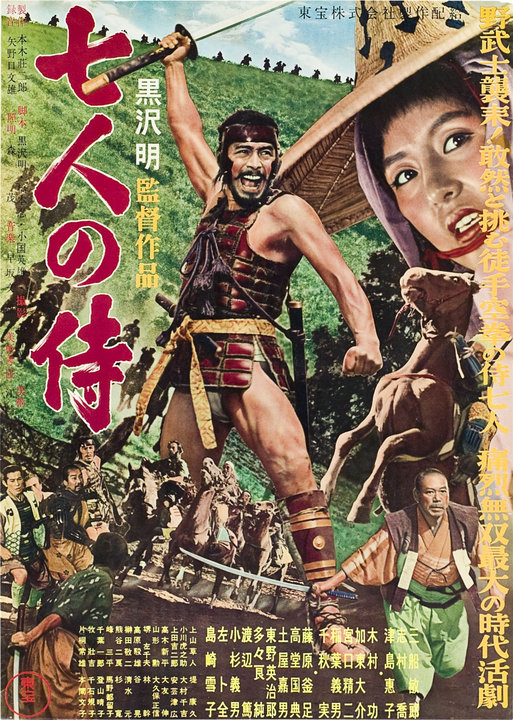 Watching Akira Kurosawa's masterpiece for the fifth or sixth time, in the wonderful DVD edition from Criterion, I finally realized what it's all about — not war, not courage, not sacrifice, but character.  It's a movie about how to live.The down-at-heels samurai who get recruited to defend a village of farmers, for some rice and for the hell of it, have trained themselves meticulously for a profession which is no longer in demand.  Their dream of attaining wealth and status through fighting has vanished.  Isolated and impoverished, their kind is often hunted down, robbed and killed by the peasants they used to dominate.  These samurai take on a job which their leader tells them “could be the one that kills us”.  They are truly past hope, even of surviving.  But that's not the end of it — only the beginning.  I'm reminded of a moment in a Terence Rattigan play, pointed out to me by my friend Paul Zahl, in which a character is asked, “What is there beyond hope?”  He answers, “Life.”  So it is in Seven Samurai. 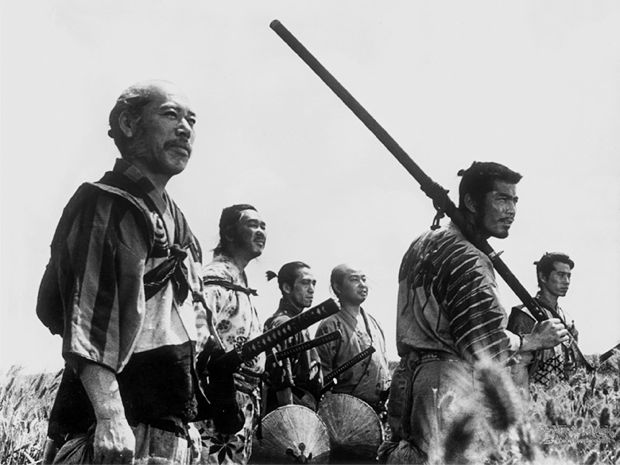 In facing and accepting a life without hope, the seven warriors are able to live it to the fullest.  They find out, at last, who they really are, and they have a chance to prove who they really are to others, to us.The farmers they set out to save turn out to be hardly worth saving — this is not a tale about defending the good, the innocent, the worthy but weak.  The samurai come to have affection for the farmers in spite of their imperfections, with the full knowledge that the farmers would betray them at a moment's notice if it served their interests. 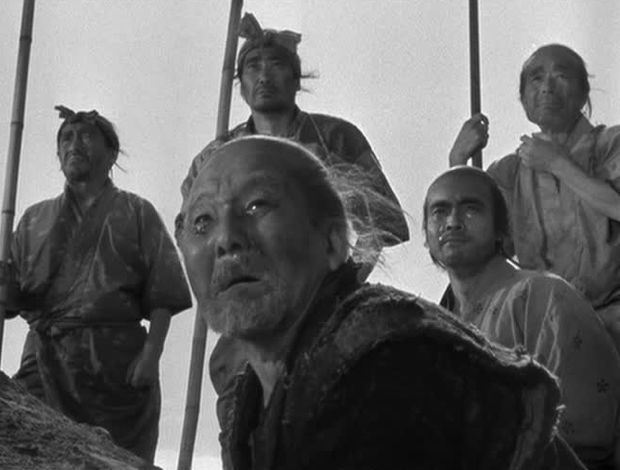 It is altruism for its own sake, just as fighting the bandits is warfare for its own sake.  The odds are never calculated too finely.  If they were, everybody in this film would just go out and hang themselves, as one hysterical farmer suggests doing at the beginning of the film, when warding off the bandits seems impossible.

Most importantly, this is not a movie about redemption, of the sort that almost every Hollywood film for the past twenty years has promoted.  It is not the story of some losers who, by hard work and gumption, achieve the goals they have set for themselves, redeem their lot in life.  Nothing is changed by the epic battle fought here — it has not made the life of farmers better as a general rule, nor has it fulfilled the thwarted dreams of the samurai.  Something changes, or is revealed — a terrible beauty is born, in Yeats's phrase — but it's all interior, some might say spiritual. 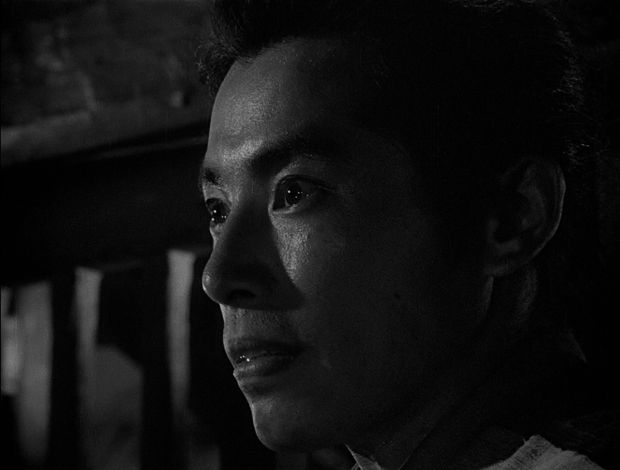 There is nothing programmatic about the existential gesture of the samurai — each one faces hopelessness in an individual way, one with philosophical calm, one with steady resignation, one with cold competence, one with good cheer, one with irony, one with idealism, one with self-hatred.  Each response offers its own strength to the collective, and it is the collective acceptance of and respect for difference which make this aggregation of strength possible.

It is a warrior's code, on one level — there is no fudging things in mortal combat, good intentions don't matter, illusions can be fatal.  One faces the world as it is, one plays the hand one is dealt.  But the code of these hopeless samurai, a warrior's code divested of self-interest and expectation, transcends the profession of arms.  It seems to suggest a way of living for all men and women — the only way of really living, really being alive, in a brutal, ugly world. 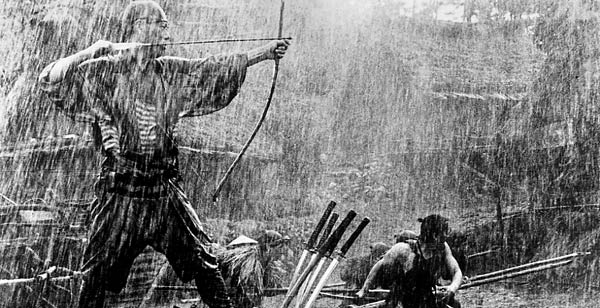 Once, in a time of despair about his life and career, and perhaps about his faith as well, Bob Dylan says that these words popped into his mind — “Here I will stand, whether God will deliver me or not.”  He says that his despair immediately vanished. 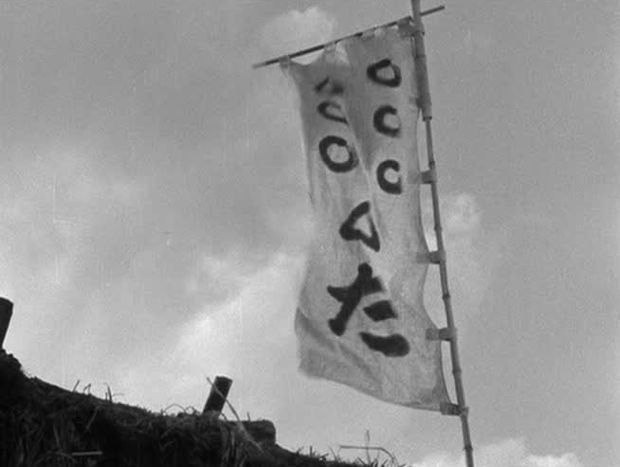 To make a stand without hope is where life begins, and eternity as well.  In this film the seven samurai, the ones who live and the ones who die, become immortal.