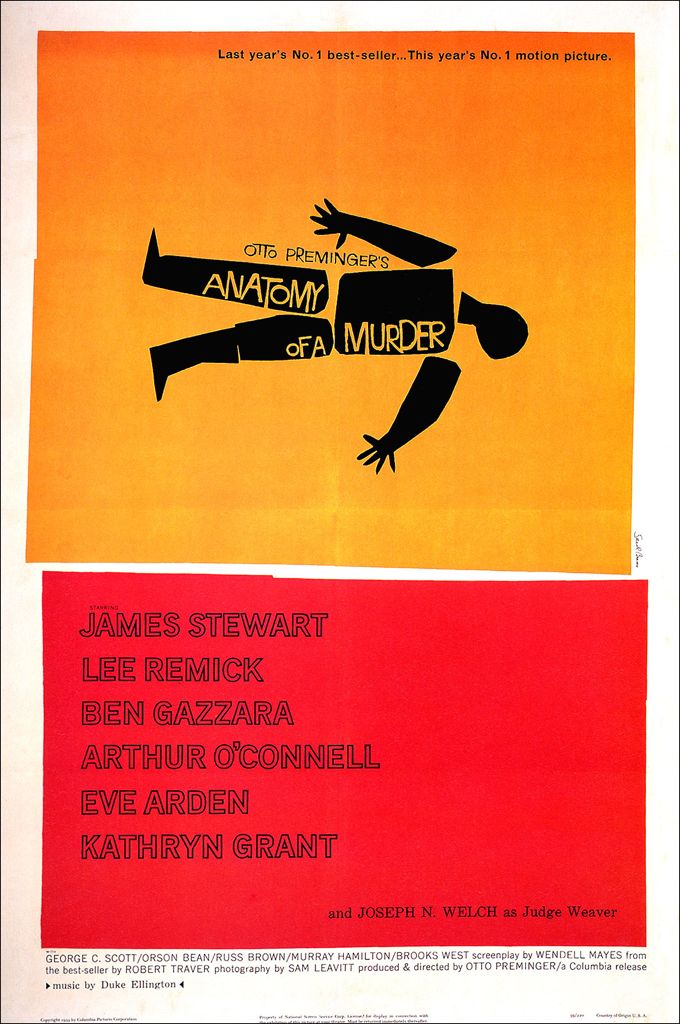 This is a really cool film. The coolness starts with the first chords of Duke Ellington’s quirky and brilliant score, which plays over Saul Bass’s famous credit sequence of bold animated graphics — coolness on top of coolness. 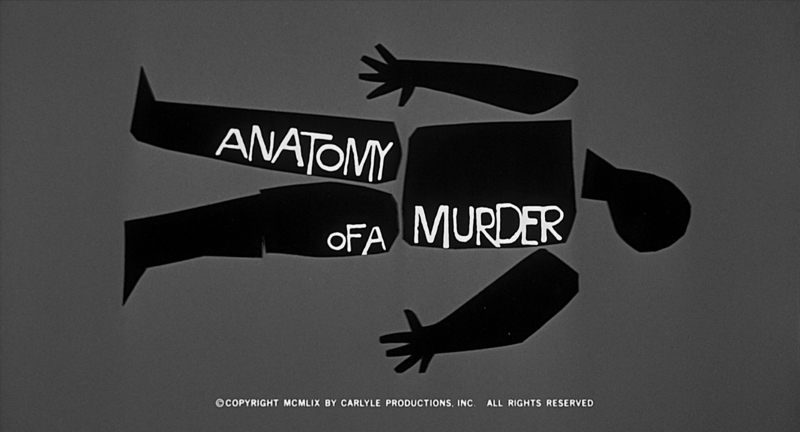 Ellington even makes a cameo appearance in the film: 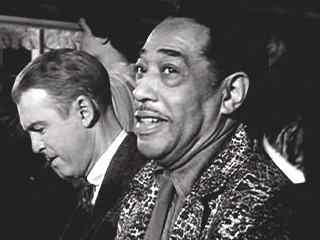 He shot Anatomy Of A Murder entirely on location up in Michigan — there isn’t a studio or process shot in the film — mostly in the extended, elegantly choreographed takes he specialized in, and the result is a work of extraordinary visual appeal.

As Preminger biographer Foster Hirsch points out, the many scenes in the courtroom sections of the film required more cutting than Preminger preferred, but he cuts only for expositional logic, never for dramatic emphasis. He creates images that the audience has time to enter imaginatively, with a choice of things to notice, which makes the audience a collaborator in creating the meaning of the film.

The story of Anatomy Of A Murder is pure melodrama, but of a very high caliber. Most of the characters are complex, morally ambiguous — the only truly noble protagonist in the film is the American legal system itself, presented here with all its flaws in full sight, which only makes its structural genius more impressive.

It’s easy, and getting easier, to forget how beautiful American studio films used to look. Those of us who grew up watching fine prints of classic Hollywood films on big screens are getting old. Younger folks have mostly watched classic Hollywood films on TV — in theaters they’ve been subjected to ugly modern films with their trendy but tiresome teal-and-orange palettes and their hysterical MTV cutting, which add up to an avalanche of visual mush. 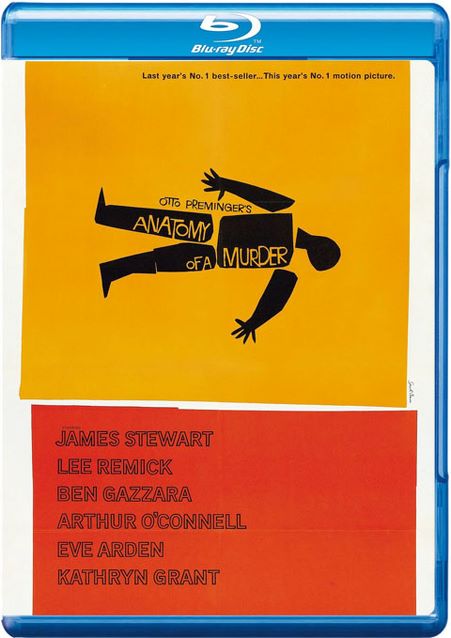 Blu-ray technology applied to classic films, played on big HDTV sets, reminds us of what we’ve lost and brings a surprising amount of it back. The sheer virtuosity of the technicians of Hollywood’s golden age, accessible once again in good Blu-ray transfers, can make even a second-rate film absorbing and exciting. It can make a first-rate film like Anatomy Of A Murder exhilarating.

You can click on most of the images above to enlarge them.