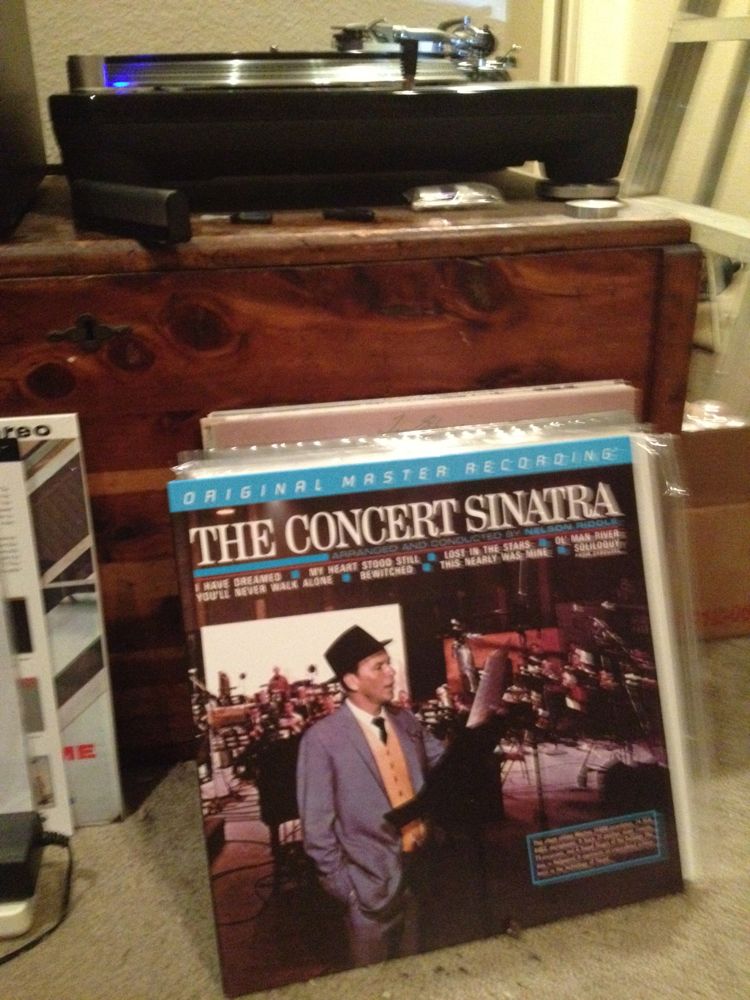 When this album came out in 1963 Chet Baker played it over and over and over, according to his girlfriend at the time. Many jazzmen will name Sinatra as the greatest of all jazz singers, even though he’s not generally thought of as a jazz singer — but real jazzmen recognize his sublime and subtle mastery of swing.

This is not Sinatra at his swingingest, nor is it a “concert album” in the strictest sense. It was recorded on a movie sound stage, though it was done live, with no overdubs. Sinatra was backed by a huge orchestra, numbering up to 60 pieces at times, arranged by Nelson Riddle, who thought it was the best of Sinatra’s Reprise albums.

It’s not my favorite Sinatra album but it’s undeniably magnificent.