At 9:45 on the morning of 9 September 2009 I found myself outside a Best Buy in southwest Las Vegas waiting for the store to open.  I was hoping to snag copies of the box sets of Beatles remasters, which had sold out pre-release on Amazon before I could order them.  There were about fifteen other guys waiting with me — no women.  “They can't all be here to get the Beatles boxes,” I thought, but with one exception they were.

I'm always surprised that there are other people in the world as crazy as I am.  The boxes would be available elsewhere eventually — it takes a bit of passion to want them desperately on the day of release.  The Beatles were a group, after all, which BROKE UP nearly forty years ago, and none of them had died recently.  I'm also quite sure that everybody waiting outside the Best Buy with me already had every Beatles recording on CD, as I did.  But they were supposed to sound better on the new CDs.  It was, as always, about the music.

That may seem like an odd assertion, since The Beatles have always been about so much more than the music.  They were, almost from the start, a phenomenon, a cultural force.  Now that phenomenon is laced with nostalgia.  If you came of age in the Sixties The Beatles are a permanent part of the soundtrack of your life, and at this point you have listened to their recordings so many times that it's hard to hear them anymore. 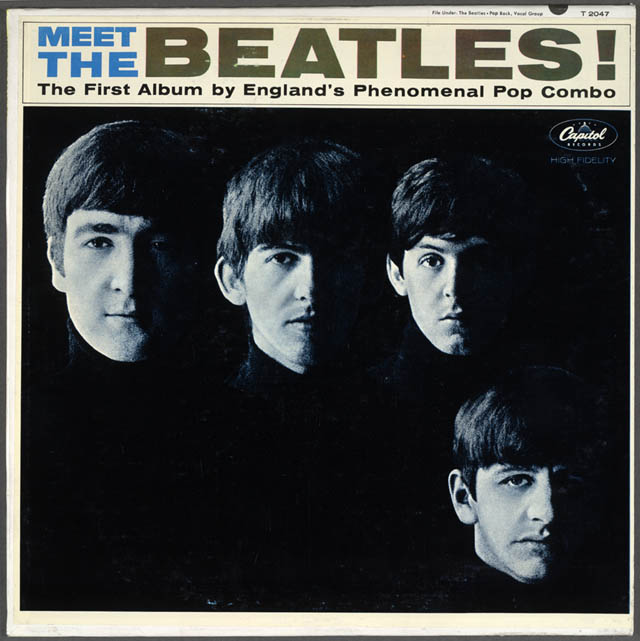 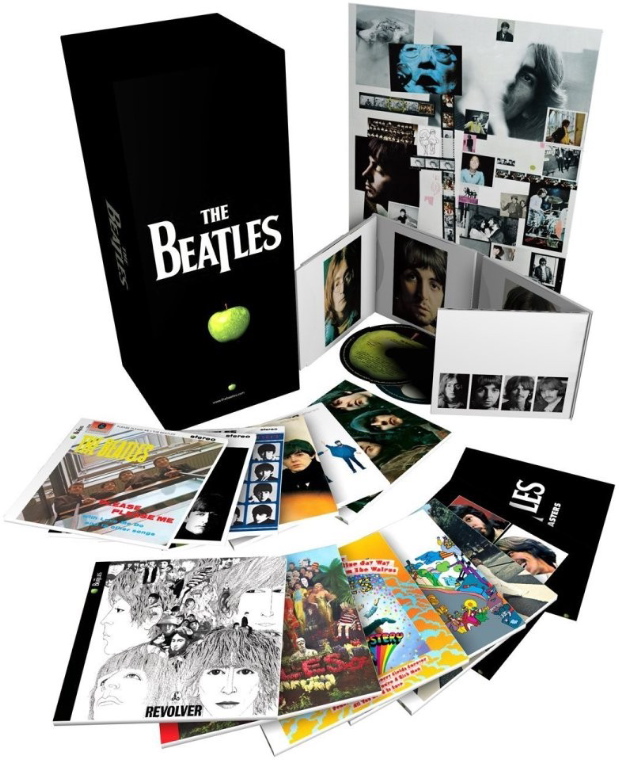 When the doors opened most of the Best Buy sales force was lined up by a table displaying some of the store's few copies of the stereo box set — they seemed proud to welcome us, like a reception committee.  This was going to be a fun moment in retailing.  I grabbed a stereo box set, and soon the others on the table were gone.

“We have a bigger display in the back!” a salesman said, and the group raced to find it.  There were a few more stereo box sets there, but only two copies of the elusive mono set, which were snapped up before I could even identify them. 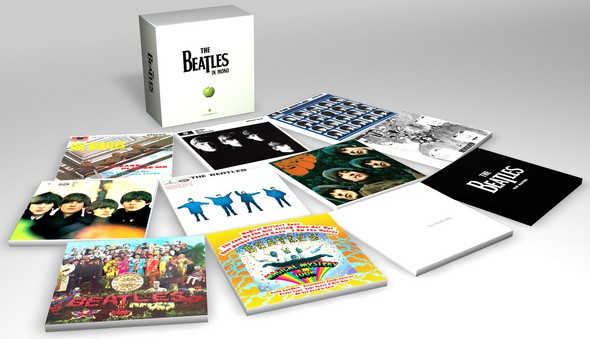 This Best Buy had sold its entire stock of Beatles boxes — very expensive items — in about one and a half minutes.  A black guy who had been in the crowd outside, observing the commotion, asked me what it was all about.  When I told him, he shrugged, mystified.  The rubber soul of the Beatles had obviously never gotten to him.

I stopped in rather hopelessly at a Barnes and Noble on my way to a grocery store to see if they had any mono box sets, but they hadn't gotten even a single copy of it.  They had three copies of the stereo box set, sequestered behind the front desk, and a list of fifteen people who'd signed up for them in advance.

If you're wondering how much better the new remasters could possibly sound, the answer is — a lot better.  If you close your eyes when you're listening to them you can almost imagine you're hearing them on vinyl.  They have the warmth and “roundness” of vinyl recordings (to a degree) and a clarity that's mesmerizing.  Ringo's drums sound like drums, McCartney's melodic base lines are wonderfully distinct.  You can hear the lads taking breaths between lines of the vocals.

Listening on headphones, you get a sense you're inside the music.  The effect is so transporting that you really can hear the songs again — you even forget which song is coming next (sometimes).

There are sonic and musical revelations aplenty, and in an upcoming post I'll talk about those revelations . . . about the music.