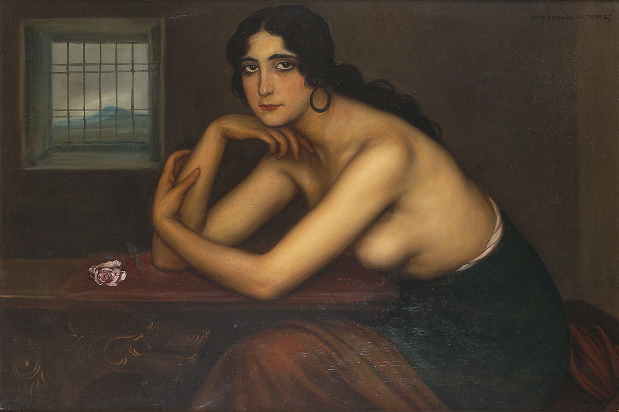 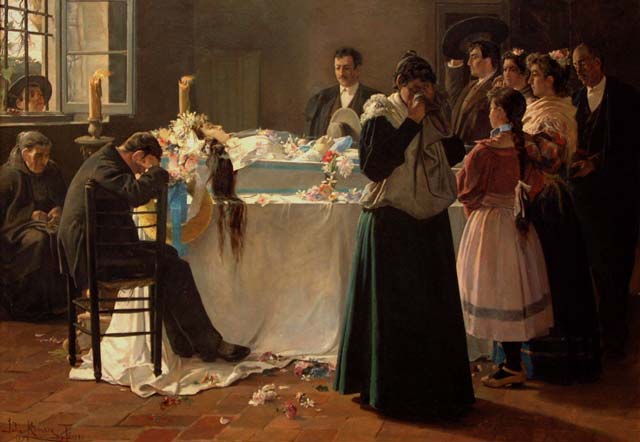 He started out doing conventional Victorian narrative tableaux, like the one above — titled Look How Beautiful She Was! — but eventually developed a more eccentric vision.  Below, a twist on a famous paiting by Velasquez:

Like any respectable Spaniard he both loved and feared women . . . 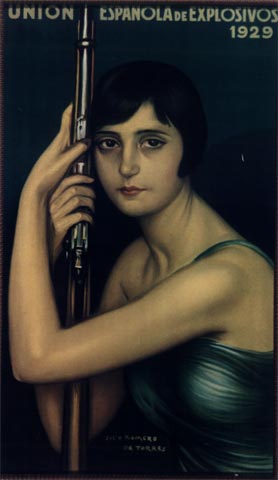 . . . and also tended to see them in a mystical light:

His sensibility represents an odd blend of the carnal and the spiritual
— always in his work, however sensual, we can hear the Spanish saying
“Where the body goes, there goes death.” 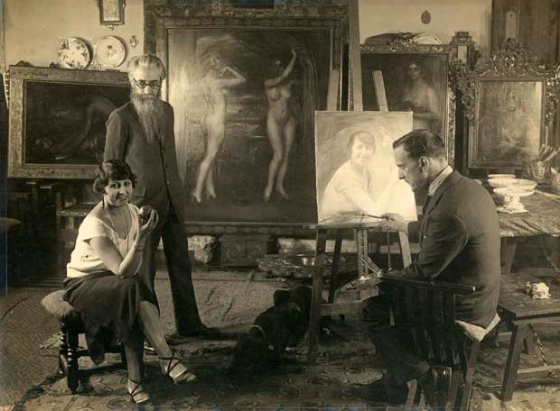 Above, the artist in his studio with a model and a visitor.
Romero de Torres was born and spent most of his life in Córdoba, taking
time out to serve as a pilot in WWI and to visit the Argentine, where
he got sick, returning to Córdoba to die at the age of 55.  There
are no books in English which collect his work, although twelve more
books about the mildly amusing advertising artist Andy Warhol were
published last week.

Something is terribly wrong with our civilization — but you knew that.

There is a museum in Córdoba which lovingly preserves his house and work, which you can visit virtually here.

Thanks, as so often, to Little Hokum Rag and Femme Femme Femme for pointing the way to this enchanting painter.