Carter Burwell's score for the Coen brothers' True Grit is one of the finest of recent times — a score inseparable from the film's emotional impact and moral meaning.  It's therefore ironic, and actually insane, that it was deemed ineligible for an Academy Award for best score, because it is largely based on themes from old hymns. 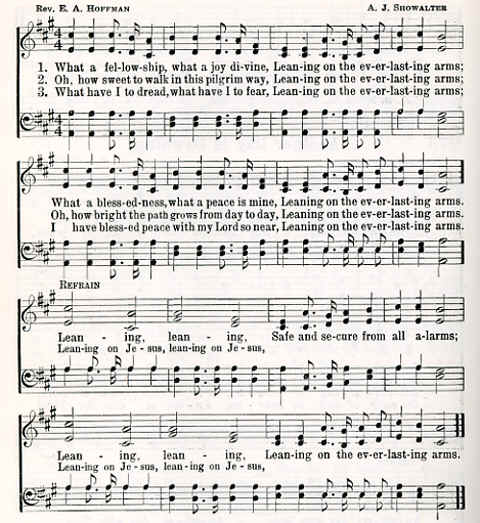 From the time of Bach to the time of Bob Dylan, putting old tunes to new uses has been an important part of the work of many great composers.  It is, paradoxically, an endeavor in which a composer can most clearly demonstrate his or her originality.  Presenting familiar melodies to us in ways that renew them, allow us to hear them in new ways, requires a high degree of imaginative skill.

In his score for True Grit, Burwell works with hymns that are hardly central to the culture these days, but still linger in the collective memory.  He rings variations on their melodies that are intimately tied to the moods and themes of the film, and link the film to the musical heritage of America, as the film itself is rooted in the history of the nation and echoes the history of the Western film genre.

Burwell's elegant arrangements don't trade in nostalgia, however, but evoke the severe and demanding faith of 19th-century America — the faith of the film's central character, Mattie Ross.  They evoke the grandeur and the dignity of virtue and aspiration, not the narcosis of religious “comfort”.  They harken back, as the film does, to what Greil Marcus calls “the weird old America” — the funky, scary, endlessly strange America of a relentless, antic, eccentric people who dreamed majestic things and then cobbled them into existence by any means that came to hand.

Burwell's arrangements have the flavor of the parish hall, of music made communally — simple and unadorned, but inexorable.  There is no hint of pastiche about them, or of antiquarian reconstruction — they channel the pure spirit of the frontier. 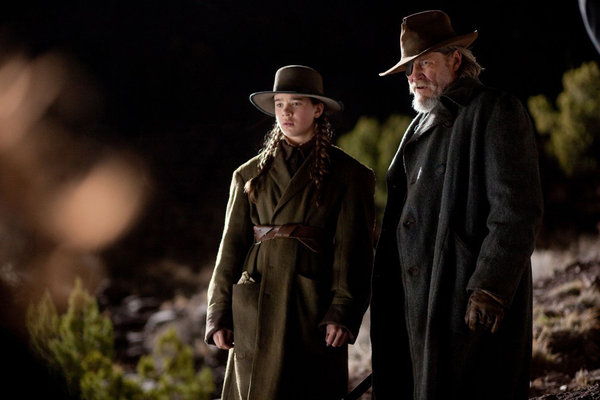 “Leaning On the Everlasting Arms” is the central hymn in the score — it is associated with the “father theme” of the film.  We hear it played on a piano over the opening shot of Mattie's murdered father, and then in moments when Rooster Cogburn and Ranger La Boeuf make emotional connections with Mattie, becoming the substitute fathers she so desperately needs.  This is an unspoken theme of the book and the movie — speaking it out loud would have turned True Grit into a Disney film, but speaking it in music offers a subliminal and potent emotional reinforcement.

Wisely, Burwell doesn't use “Leaning On the Everlasting Arms” for the climactic set-pieces of the film — he switches gears to strike a bigger and more decisive note.  When Rooster rescues Mattie from the snake pit, Burwell uses the melody of “Hold On To God's Unchanging Hand”, which we've heard once before in Mattie's great moment of heroism when she swims Little Blackie across the river, and first earns Rooster's admiration (although he admits to admiration only for her horse.)

The orchestration in the river crossing scene
is grand and noble, almost stately. It does not try to sell the excitement
and danger and suspense of what Mattie is doing, but to emphasize the
magnificence of her courage.  It seems to summon up the whole epic sweep
of America's westward progress, and the thrill of every river crossing
in the history of Westerns.  It's music that orients us morally to the
scene it's accompanying.

Using the theme again in the snake pit scene reminds us that Rooster's heroism there is on some level a response to Mattie's heroism — an attempt to honor it.

Film scores, especially today, don't often provide this sort of complex resonance with a film's themes — they usually just underline the immediate sensations of the scene in front of us.  Burwell is collaborating with the Coens on a profound level here — making the score a participant in the construction of the meaning of the film.  It's a stunning achievement, and the Academy has disgraced itself by failing to appreciate it. 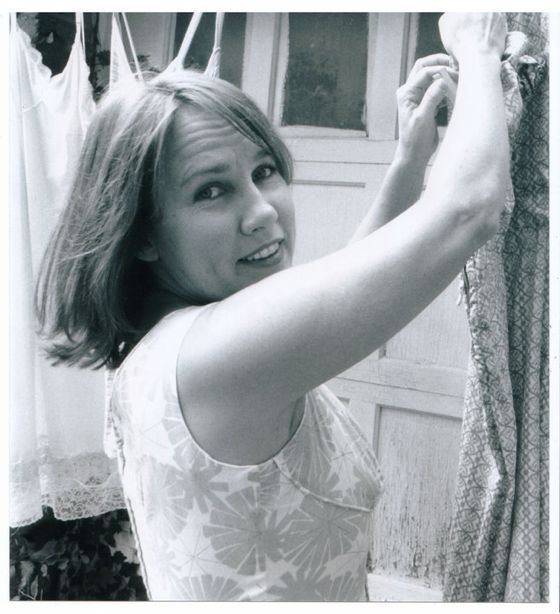 Burwell or the Coens made an inspired choice by playing Iris Dement's recording of “Leaning On the Everlasting Arms” at the film's close.  Her performance is very powerful, accompanied by a simple piano and guitar arrangement.  Her vocal is both raw, down-home, and beautiful, soaring — she seems to be singing to us from the heart of the 19th Century. 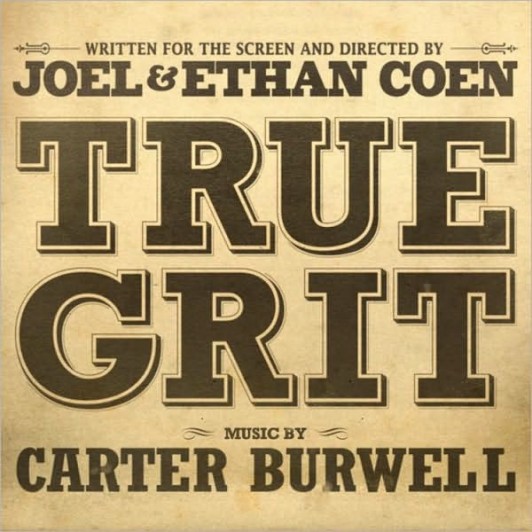 The score is a fine one to listen to on its own, but for some reason the soundtrack CD doesn't include the Dement recording.  It's included as a bonus if you buy the album on iTunes, but only in the abridged version used in the film itself.  For the full recording, it's worth tracking down Dement's album of sacred songs, Lifeline, which also features a sublime version of “Near the Cross”. 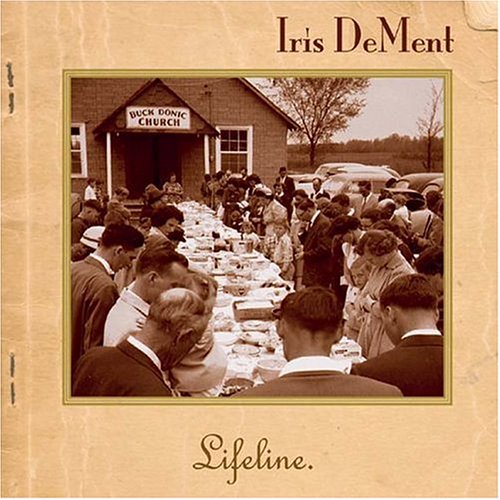 In her liner notes for Lifeline, Dement says, “These songs aren't about religion.  At least to me they aren't.  They're about something bigger than that.”  The same might be said of the hymn tunes Burwell has adapted so brilliantly in his True Grit score.  They resonate on many different levels at once, as the music for any great film score does.