This book is a Valentine to the American West — a little raunchy at times, a little violent at times, but so was the American West.  There’s a kind of romance at the heart of every story, though, and you can experience the whole collection as a free download from Amazon for five days starting on Valentine’s Day. 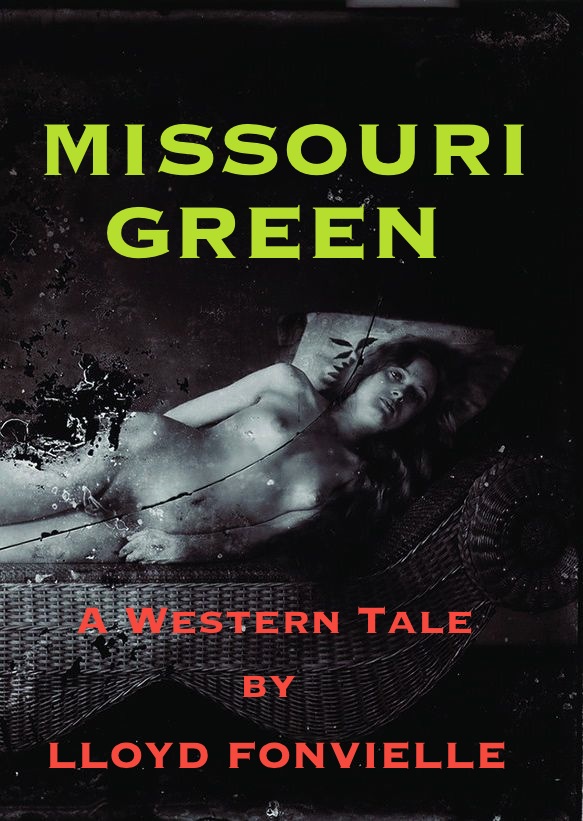 5 Stars — Stunning yet heartfelt view of the harsh American West

This is a moving and exciting story that is worth [being] recognized more widely for its literary quality as well as its roaring story line. The style is economical but flows seamlessly. The novella reads like an exciting movie with non stop action and movement. Lloyd Fonvielle writes like a screenwriter, which he is of course, and it is amazingly rewarding and effective. In fact, everything I have read by Fonvielle has been outstanding. His style is sparse and slightly detached, yet draws the reader directly into the mind of the protagonists and the way they think, feel and experiences the frontier life and its harsh living conditions. Get this and Fonvielle’s “Fourteen Western Stories” for a fresh and piercing experience of the American West. I promise you these stories will stay with you long after you have closed the book or your kindle. 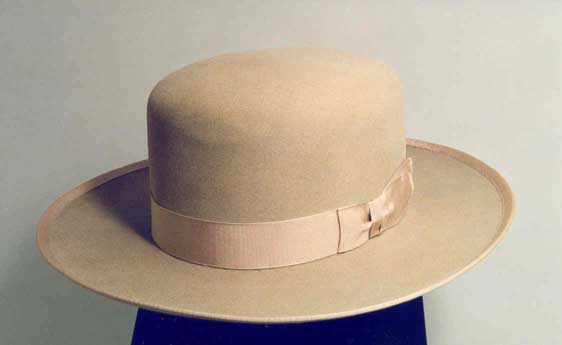 Stetson is the classic brand for cowboy hats.  Founded in 1865, the company specialized in high-end headgear for the frontier, including the wildly popular Boss Of the Plains model.  The original Boss Of the Plains design (above) with its narrow brim looks a little dorky these days, like a hat that would be worn by an Amish farmer.  With a wider brim it looks very cool, like a dashing version of the traditional gaucho hat 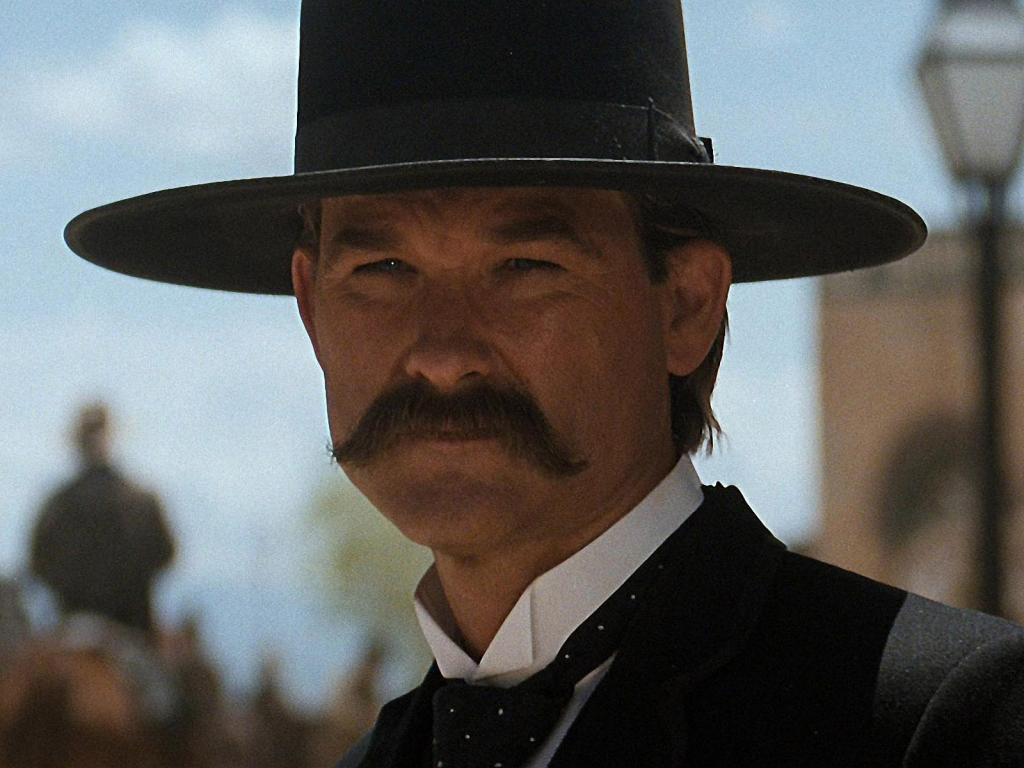 In the movie Tombstone Kurt Russell’s Wyatt Earp (above) wears a modified Boss Of the Plains with a wider brim. 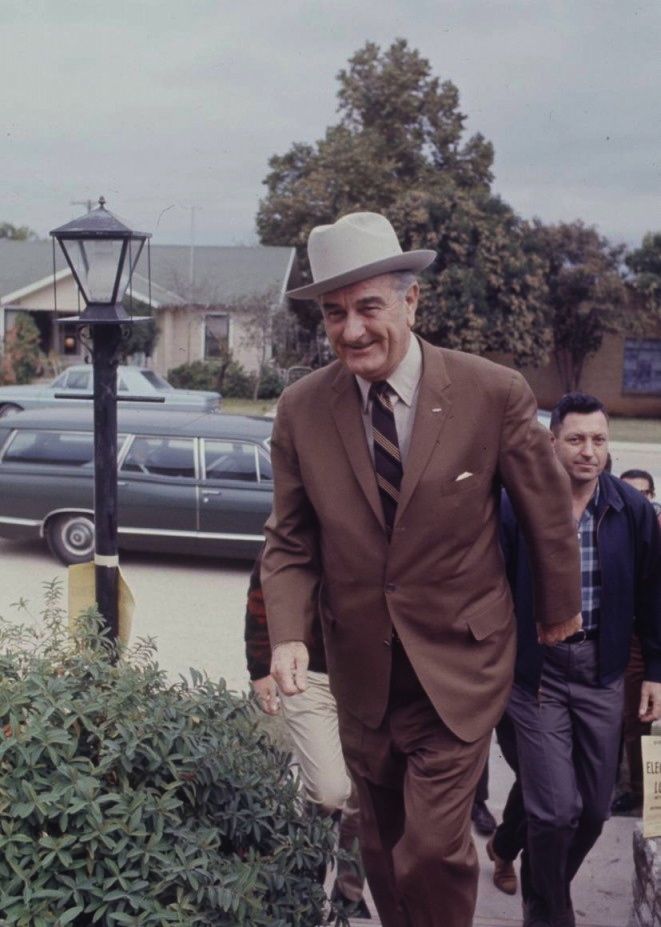 Stetson hats are particularly associated with Texas because of the Open Road model, favored by Lyndon Johnson (above) and Texas law enforcement agencies.  One of the Dallas policeman escorting Lee Harvey Oswald when he was assassinated was wearing a Stetson Open Road. 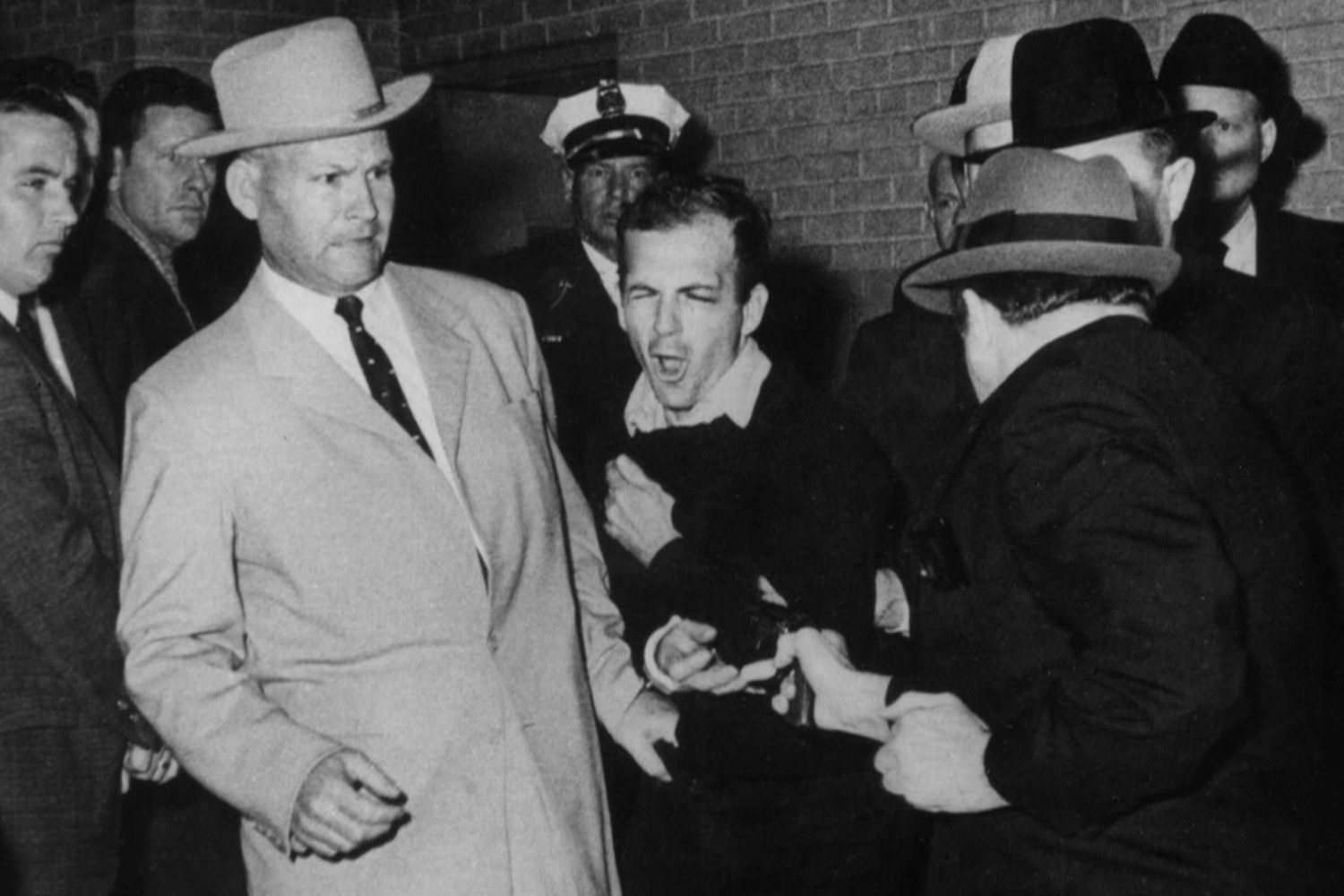 The narrow-brimmed Open Road became popular in the 1940s, probably because it seemed more modern than traditional cowboy hats, a bit closer to the conventional fedora. 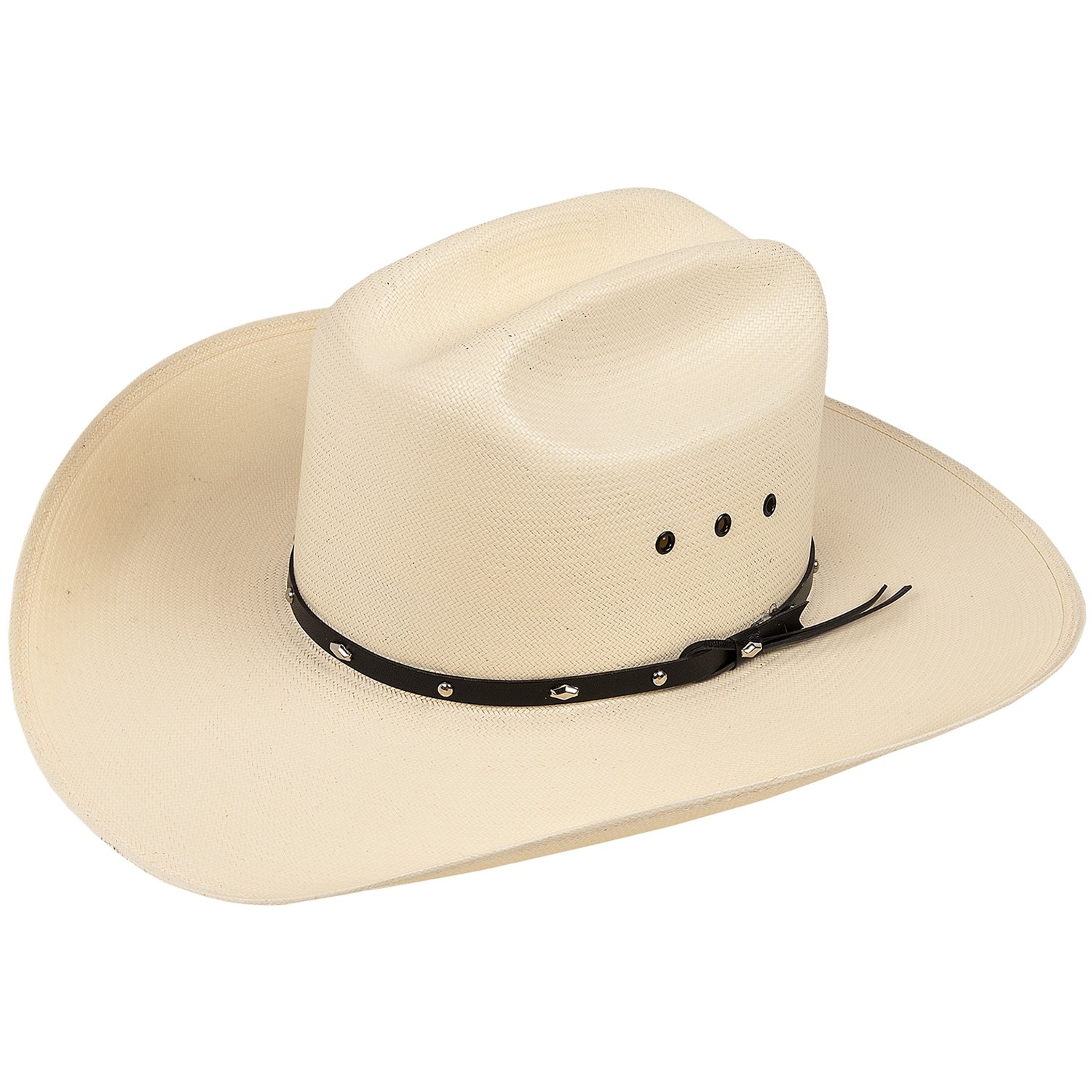 Resistol hats, however, are the real Texas cowboy hats — because they’ve always been made in Texas, beginning with the founding of the company in 1927.  When I first spent some extended time in Texas in the 1980s, the straw Resistol was ubiquitous — if not worn at least parked in the back of almost every Cadillac and pick-up.

The standard model, the Cattleman Oval (above), is iconic.  Stetson makes a version, The Alamo, which is indistinguishable from it, but for my money, only the Resistol is mainstream Texas headgear. 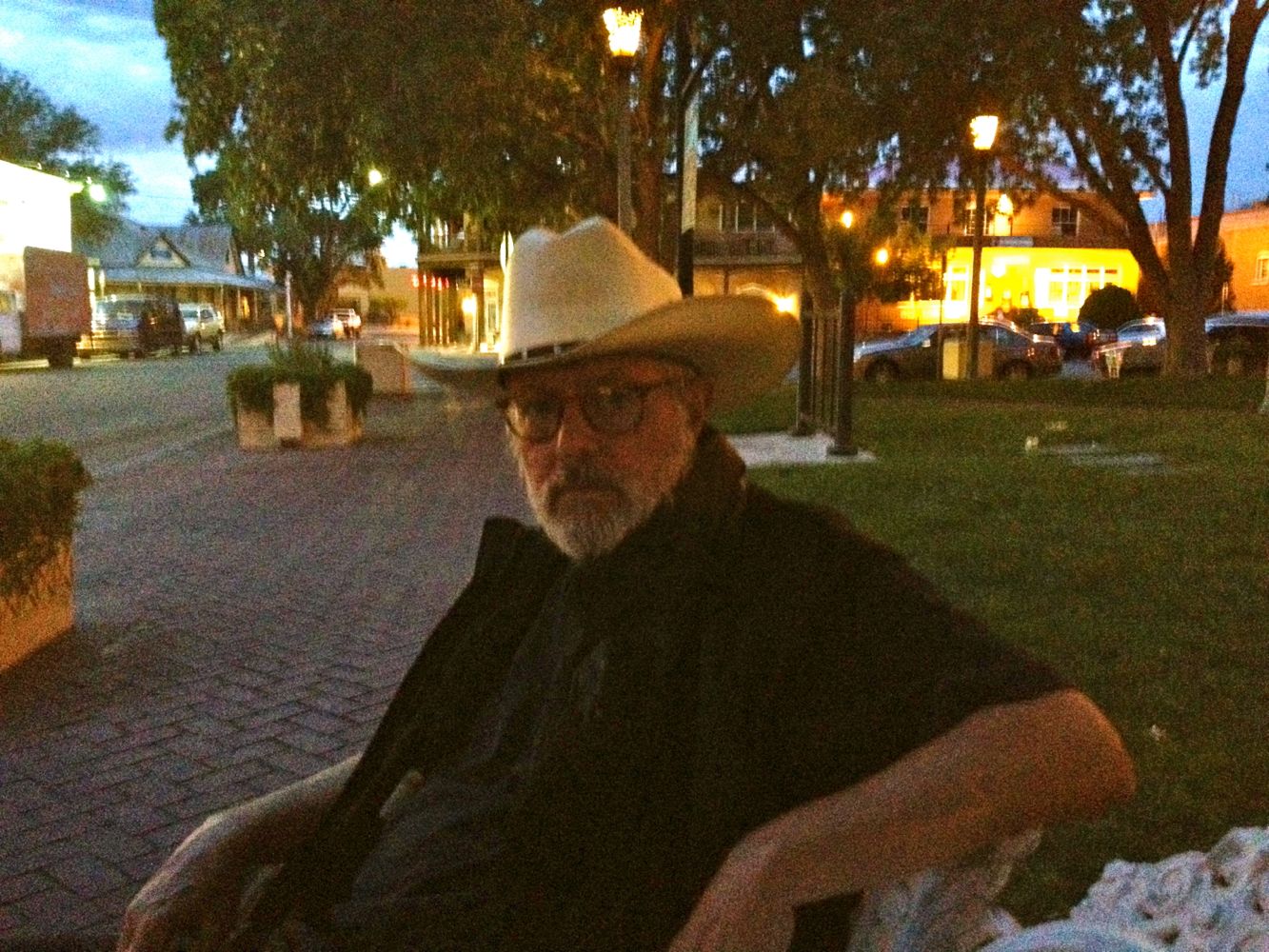 Resistol calls the Cattleman Oval “a simple classic that easily transitions from farm work to a night on the town”.  That’s the definition of a real Texas hat. 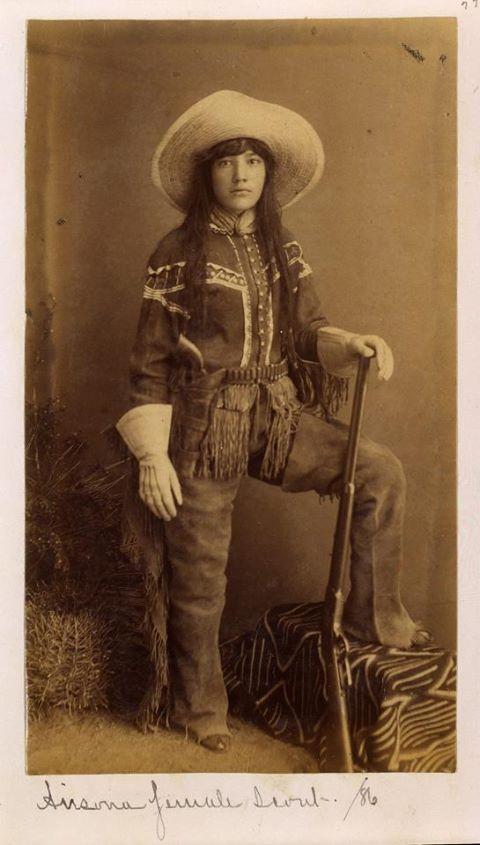 In any case I’m heading where she’s heading. 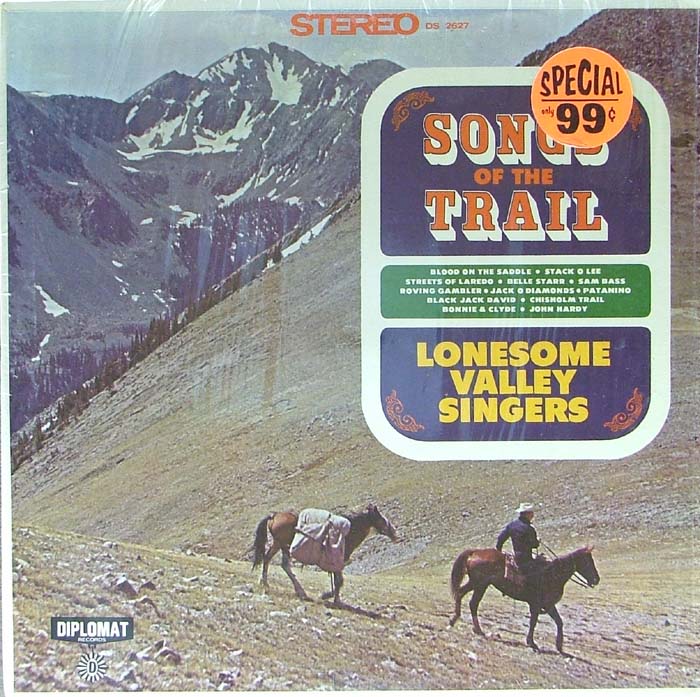 With thanks to Nelson Weaver . . . 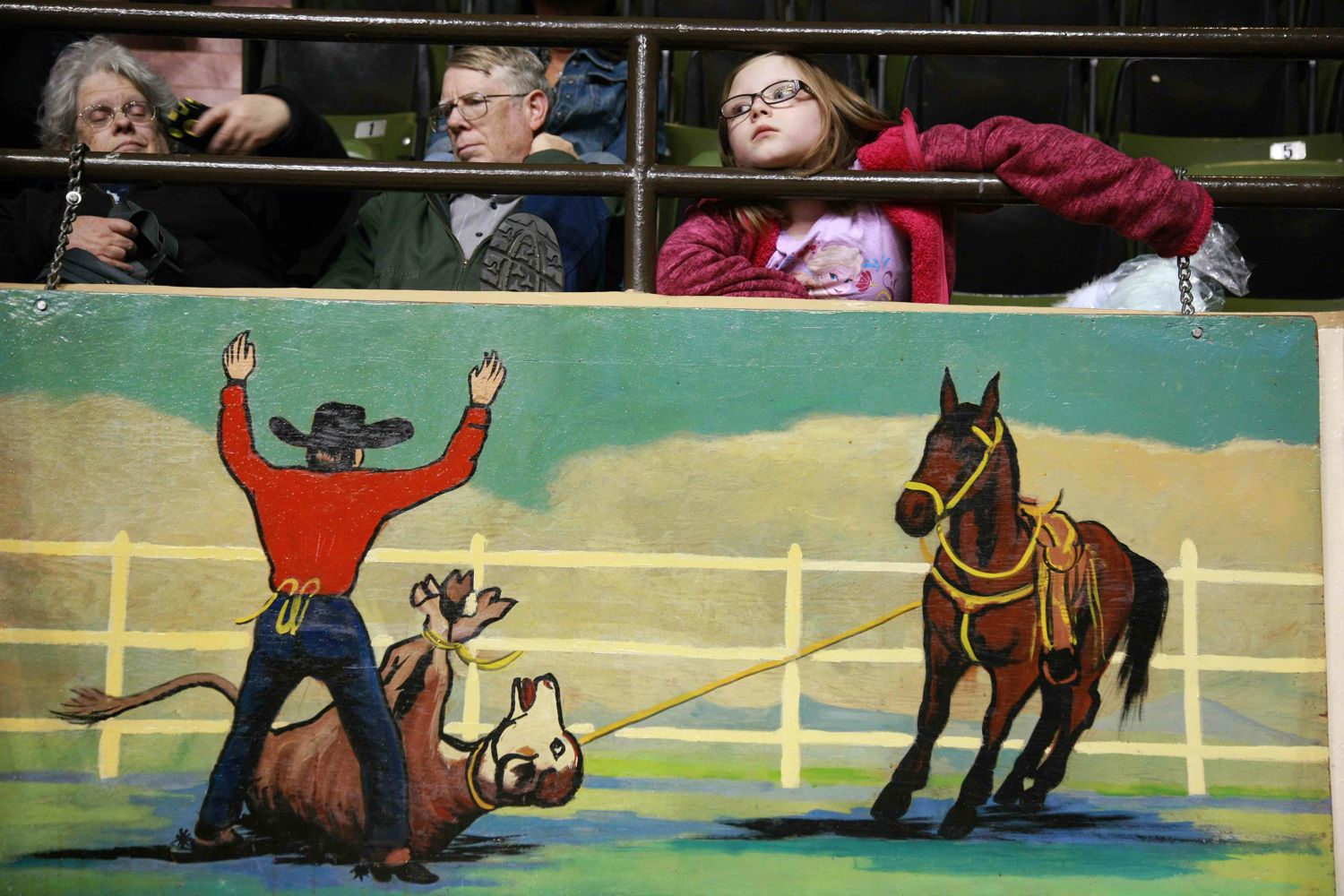 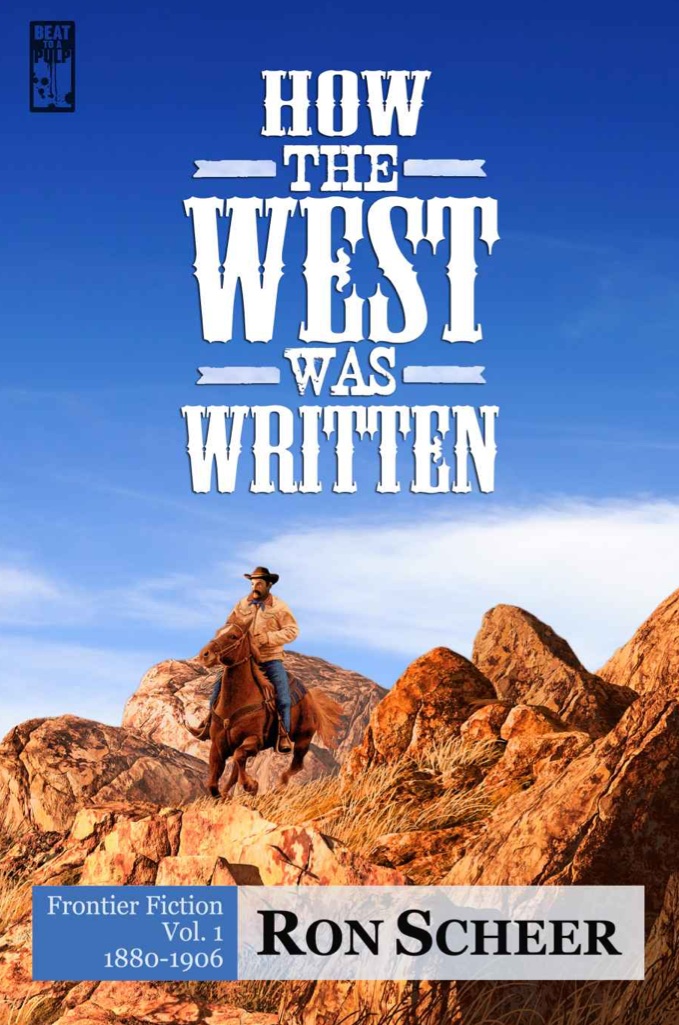 We tend to think that the modern genre of Western fiction began with Owen Wister’s The Virginian, from 1902 — and there’s some truth in the idea.  The book was tremendously popular, a publishing phenomenon, and almost single-handedly created a market for novels cast in the same mold.  It was a market that, within ten years, the prolific Zane Grey would exploit and expand dramatically.

The Virginian distinguished itself from the dime-novel and lurid stage-play Westerns that had preceded it by its literary qualities — it was a Western that respectable grown-ups could read without embarrassment.  Hemingway was a fan of Wister’s work, Wister a fan of Hemingway’s — and they eventually became friends. 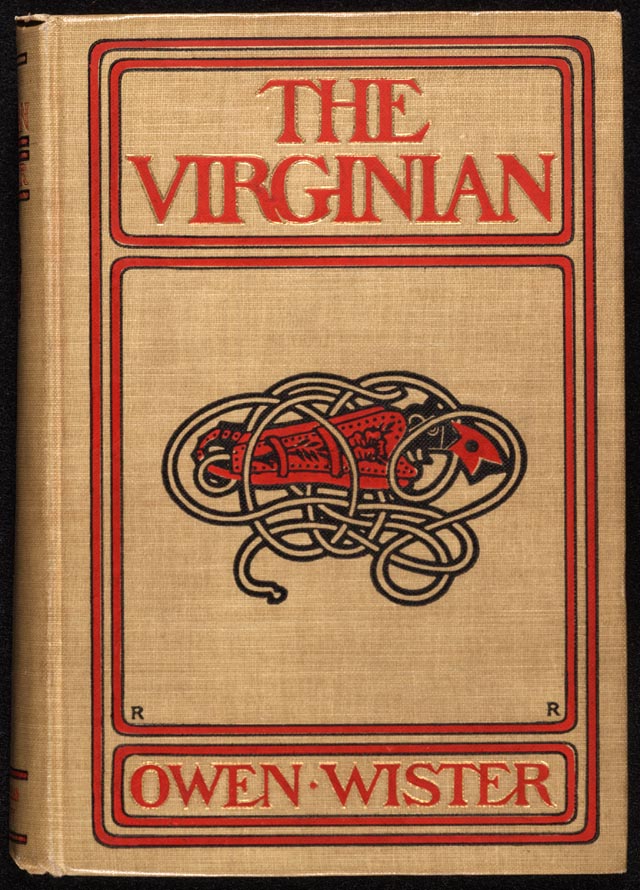 The story of The Virginian was skillfully told — the book is still a pretty good read today — and it introduced themes, incidents and character-types that have echoed down through Western fiction ever since, right up to Lonesome Dove.  It placed the cowboy or lone gunman at the heart of the Western genre and established his conflict with or taming by civilized society as enduring subjects.

But The Virginian didn’t come out of nowhere, and its lone-hand protagonist wasn’t the only defining element of Western frontier fiction.  Clarence King had previously published a popular series of novels about life on frontier Army posts, which would establish its own tradition within Western fiction, and in the Western films of John Ford and other Hollywood directors. 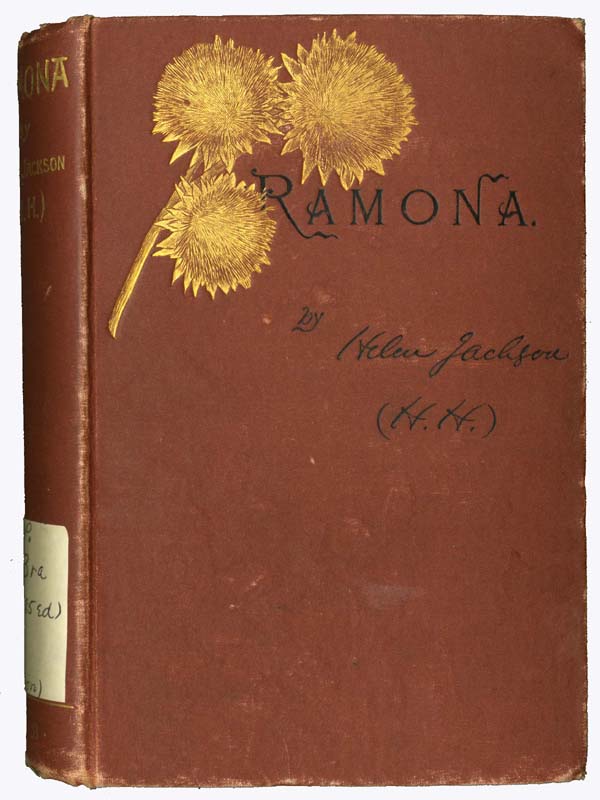 Romances like the popular Ramona, appealing strongly to female readers, had used Western settings before The Virginian — but such novels never established a distinct genre.  They were romances first and Westerns only secondarily.  There were many other kinds of novels set in the West, dealing with a variety of subjects, which didn’t lead directly into the Western genre.

In How the West Was Written, Vol. 1, which covers the years from 1880 to 1906, Ron Scheer offers a lucid and useful survey of American frontier fiction of all types, giving a panoramic view of how the West was treated in novels of the time, in romances, adventures and ultimately in the archetypal, mythic narratives that came to constitute the Western genre as we think of it today.

Scheer’s book is extremely well written, perceptive, illuminating and important.  A second volume covering the years 1907 to 1915, has just been published, and I’m really looking forward to it.  You can find both books here. 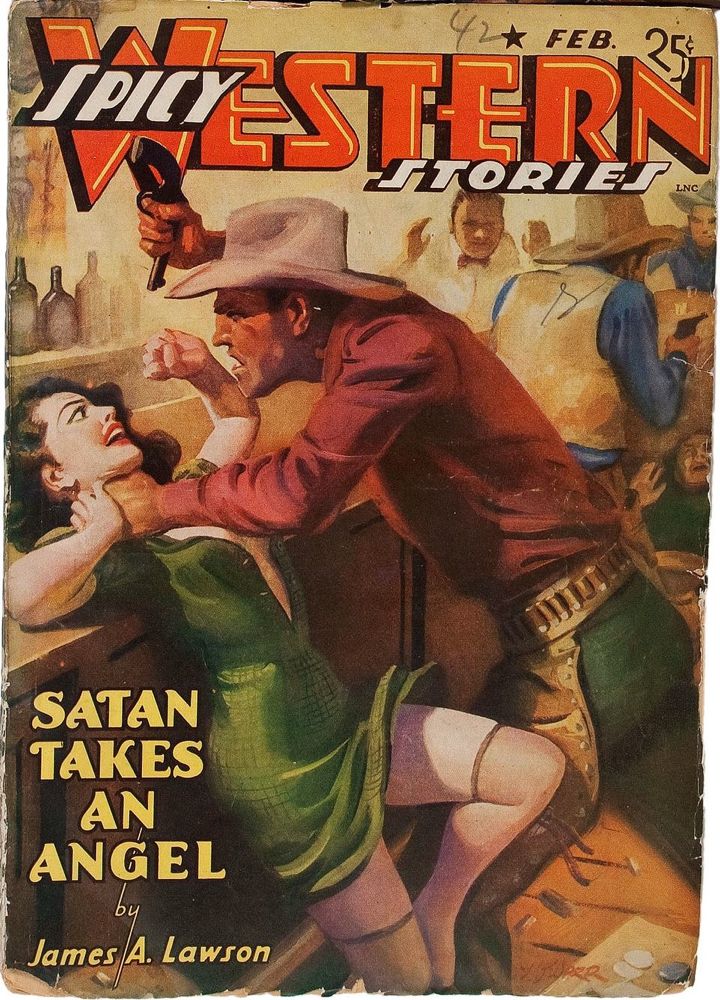 With thanks to Bryan Castañeda . . . 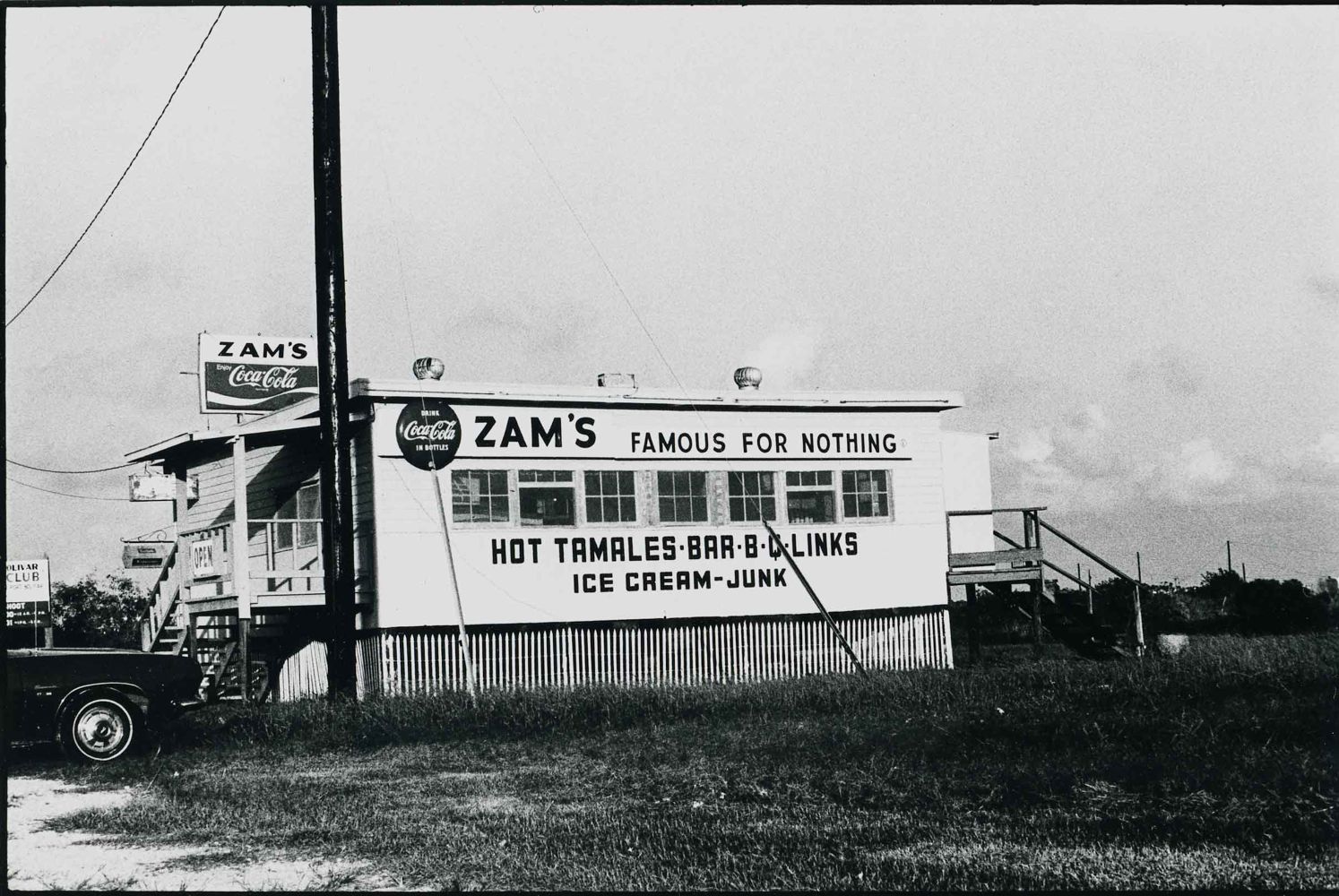 Westerns with fabulous women characters! I love it! So much fun – but grabs you by the throat too. Six new awesome short stories from Lloyd Fonvielle. Don’t miss out. 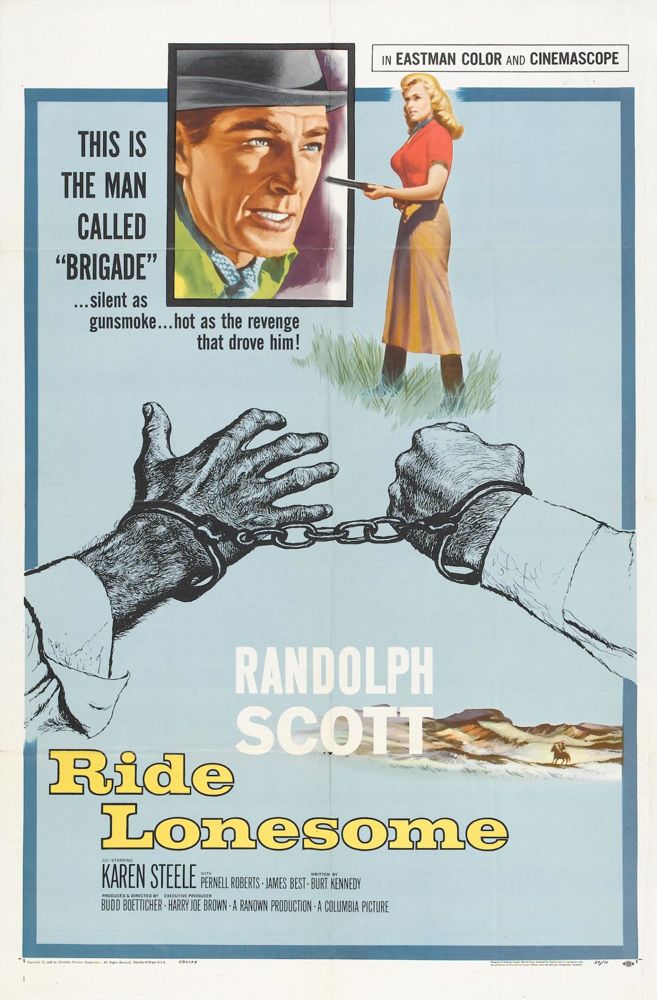 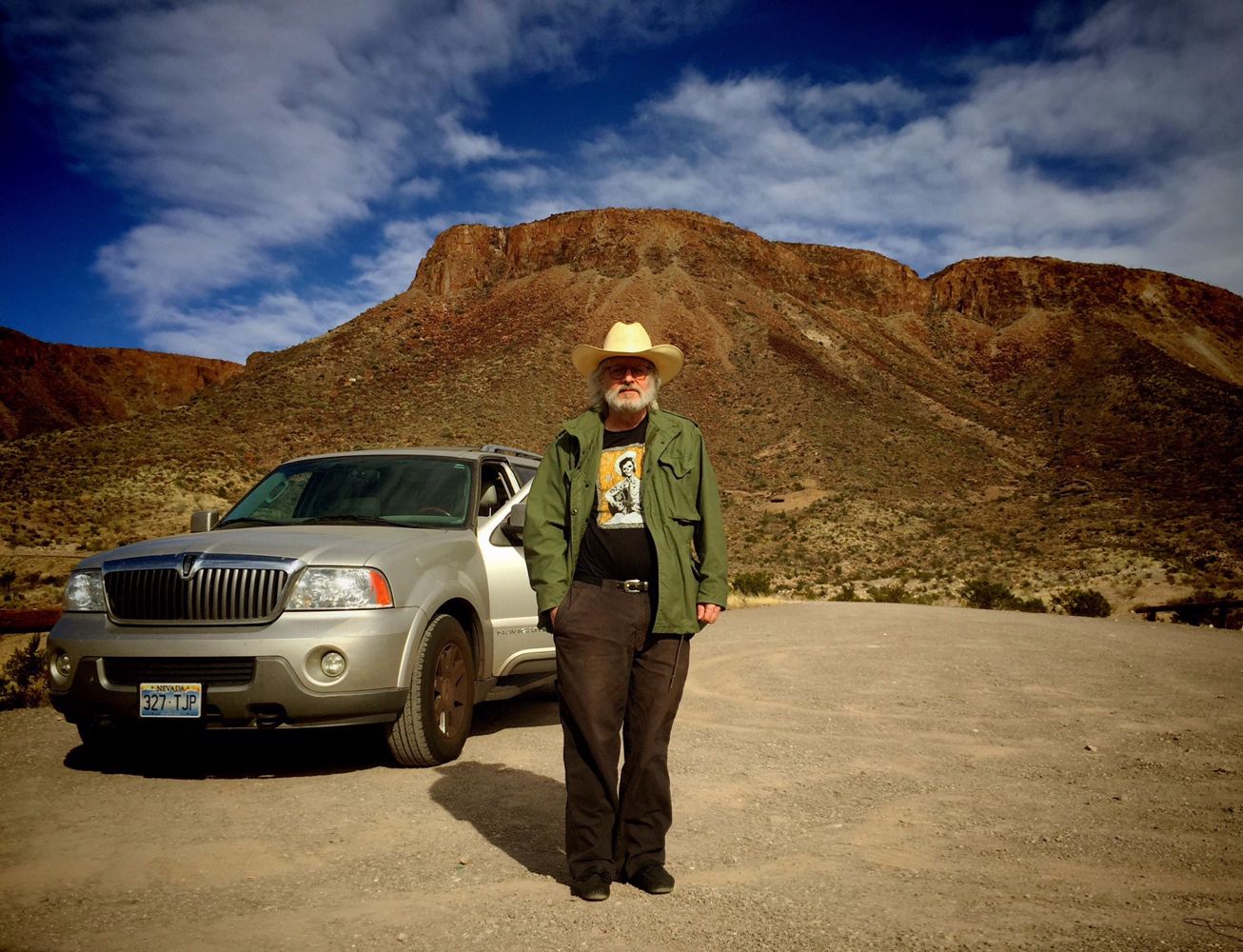 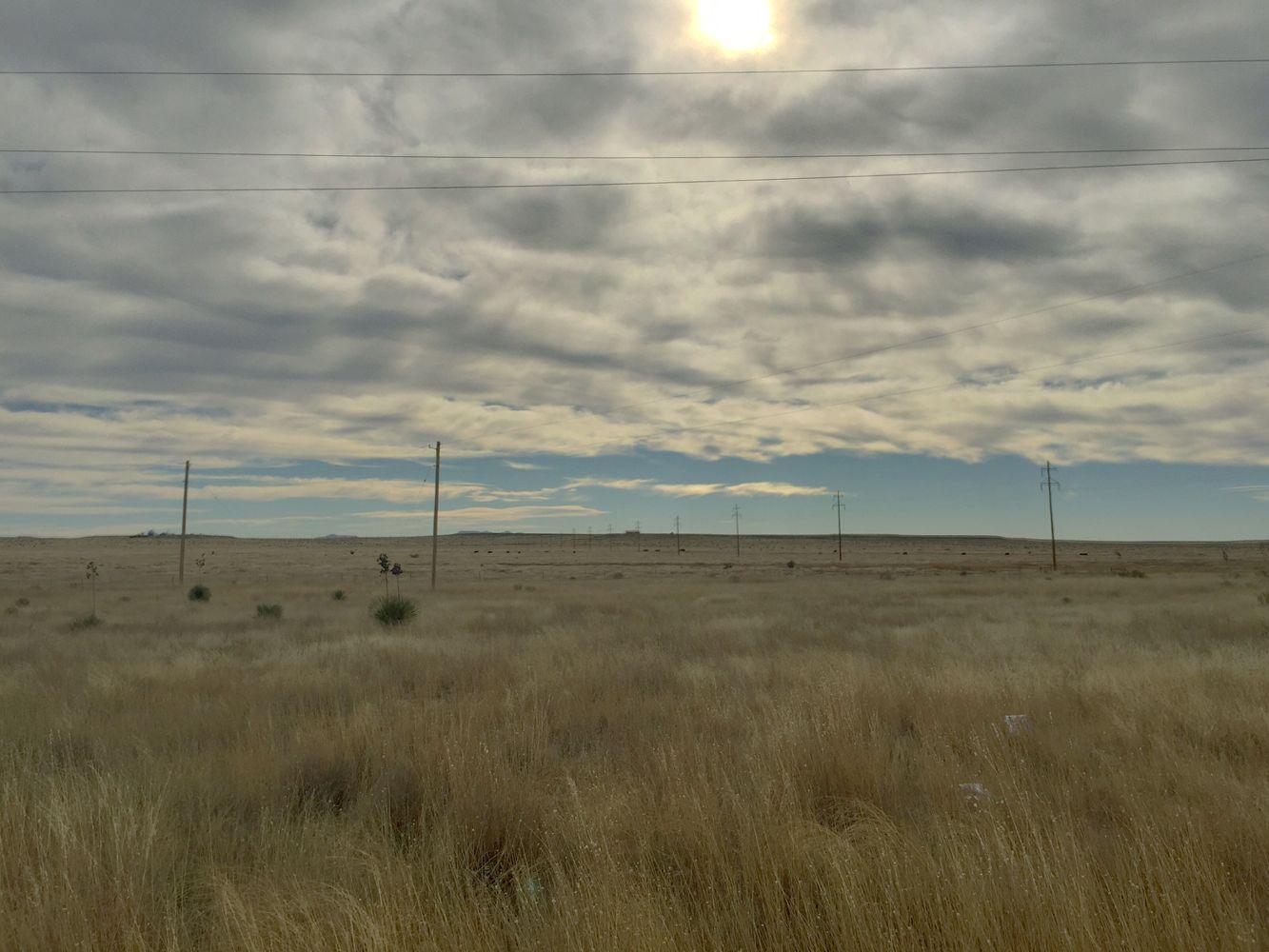 View from outside our motel rooms, Marfa, Texas, Christmas — the edge of the prairie.

We saw this object in the sky from some distance away on the road to Marfa.  At first I thought it was a small airplane until I realized it wasn’t moving.  Then I thought it might be a hot-air balloon, except that those are usually brightly colored.

As we got closer we realized it was some sort of tethered dirigible, which seemed to be in the shape of a dolphin.  As we passed it, it no longer looked like a marine mammal — just a miniature airship with a small enclosed gondola beneath it.

Since we were near Mexico, we concluded that it contained equipment for monitoring illegal border crossings — but who knows?

[See the comments for the solution to the mystery . . .] 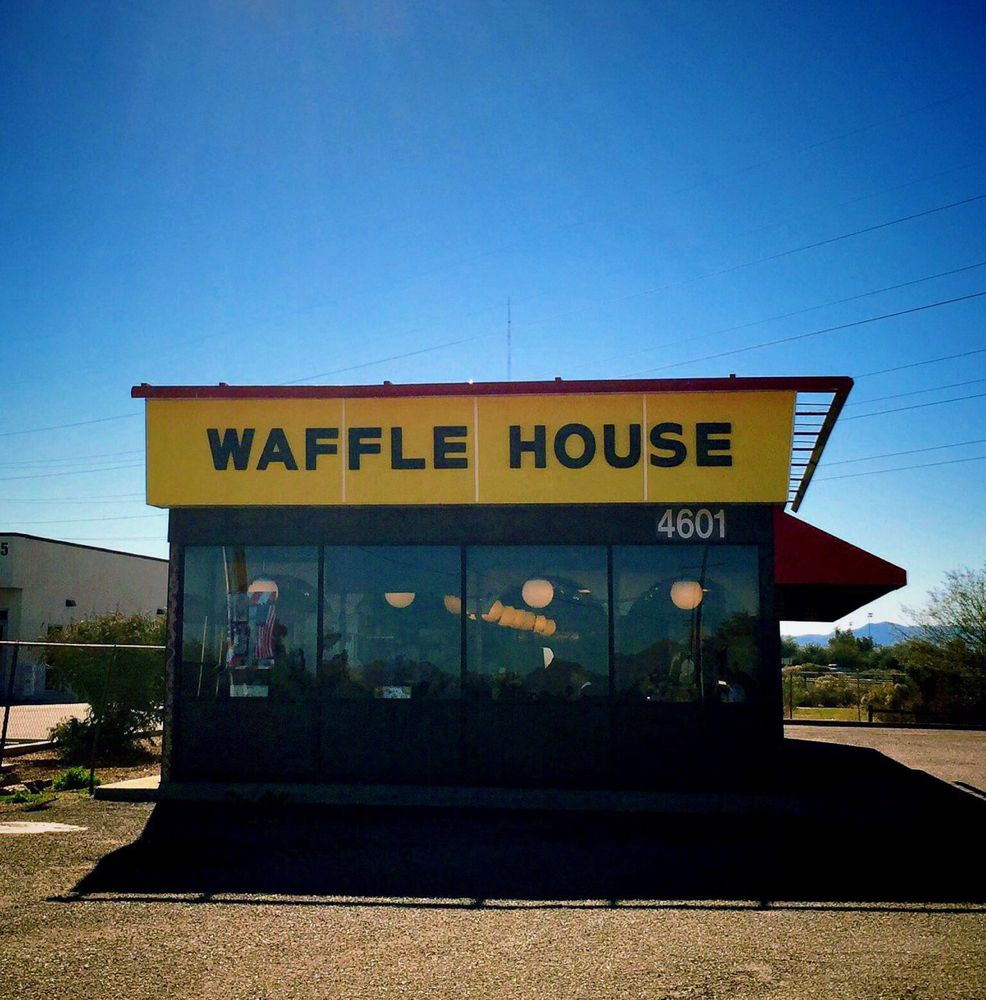