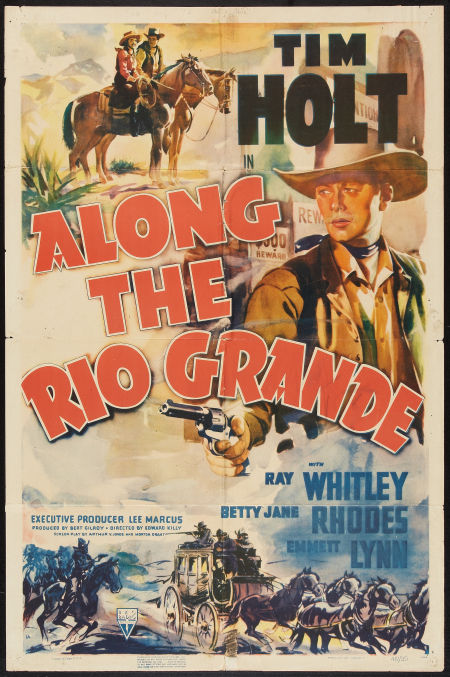 Most B-movie Westerns were done as parts of series featuring a star and
recurring actors in supporting roles, often a comic sidekick but
sometimes a musical sidekick, if the star wasn’t himself a singing
cowboy.  The bad guys and the female romantic leads changed from
picture to picture.

When RKO set Tim Holt up as the star of his own B-Western series in the
early 1940s, they gave him a comic sidekick and a musical sidekick.
Even when a B-Western star didn’t have a musical sidekick, musical
numbers were usually a part of the formula in the 1930s and 1940s, and
they were usually anachronistic — Western Swing numbers written for
the films rather than authentic cowboy songs. 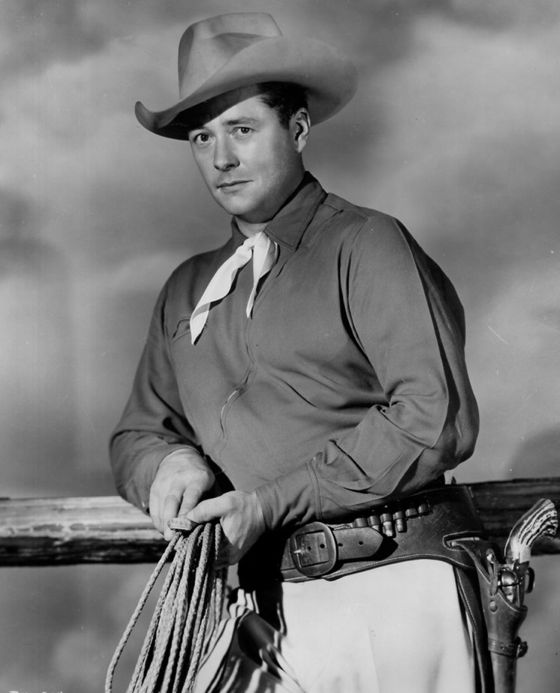 Along the Rio Grande, from 1940, is the first film in the new Tim Holt B-Western
collection from The Warner Archive which features Holt in the starring role.  It was, I believe, the third B-Western in which he starred.  (He had earned his spurs before this playing second leads to more established B-Western stars.)

These early Holt Westerns play like variety shows rather than dramas.
Dramatic exposition and action sequences alternate with musical numbers
and comedy bits in a regular pattern.  In a way they harken back to the
Western arena shows of the 19th Century, which were essentially variety
shows with a Western theme, mixing staged dramatic spectacles — mini-narratives, like the attack on the stagecoach, on the settler’s cabin — with self-contained acts featuring theatrical displays of marksmanship and horsemanship, all knitted together with musical
interludes. 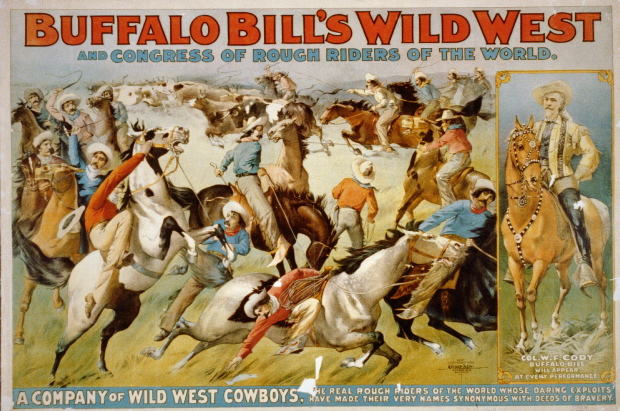 A little something for everybody was the idea in most B-Westerns, too — all of a simple and unsophisticated nature, reflecting the primary audience for these films, kids
everywhere and older folks in the smaller towns and rural areas.

The variety is what keeps the films enjoyable even today.  The
conventional plots and merely serviceable acting couldn’t sustain them
as works of drama, but (as was true in vaudeville, or Buffalo Bill’s
Wild West) you always knew there was going to be a change of pace soon
— another routine by the comic sidekick, another song, another awkward
but charming interchange with the leading lady, another thrilling chase
on horseback. 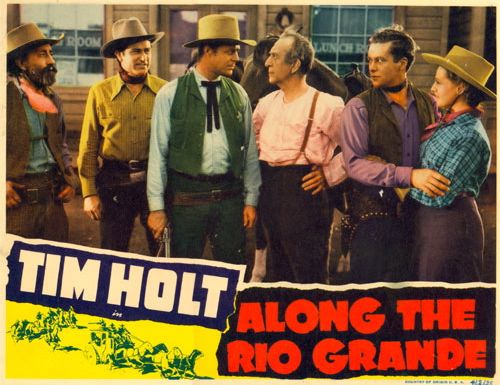 There’s usually a lot of entertainment packed into these short films —
modest, perhaps, but pleasantly varied.  The horsemanship is always
first-rate, though, and if all else disappoints, you rarely have long
to wait before someone says, “We’ve got to head them off at the pass!”
. . . at which point the screen will explode with beautiful images of
beautiful animals galloping through scenic landscapes, with heroic
figures in the saddle, bent on righting one wrong or another.  If for
nothing else than this, the B-Western remains a delightfully dependable
form of amusement.