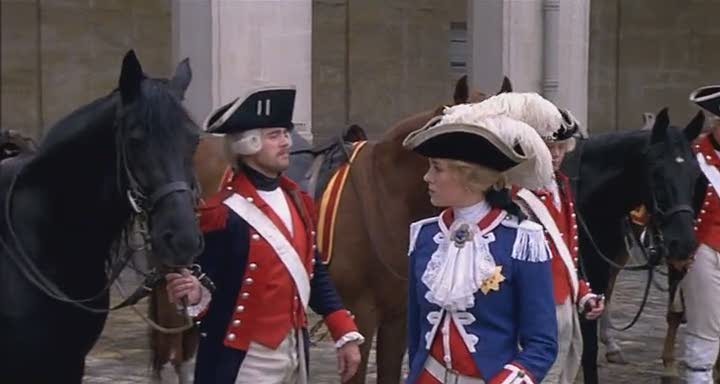 Here, Paul Zahl takes a look at an undervalued film by Jacques Demy, and finds much value in it, indeed:

in wonderful movies such as

The Umbrellas of Cherbourg (1964) and Lola (1960).  A phrase that seems to cover his vision is “optimistic romanticism”. Those are two good words for it.Demy

made several more films, however, and three of them,

considered bombs.  I've seen them all recently, though only segments of  Parking, and can well understand their bad reputations.But I disagree about Lady Oscar! 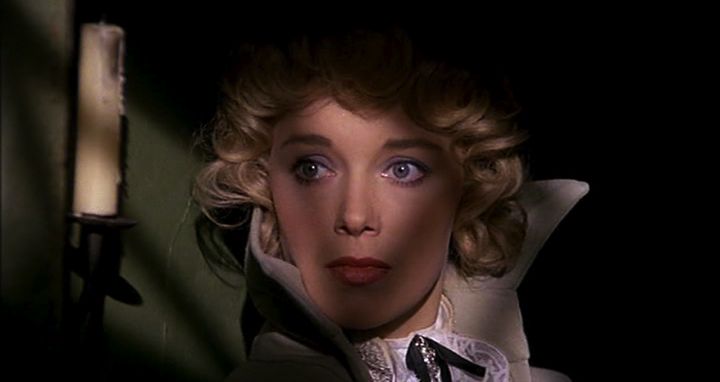 Lady Oscar is a beautiful movie, an opulent, visionary movie, about a

cross-dressing aristocratic heroine, played by Catriona MacColl, in the

Court of Marie Antoinette, who sees and hears the great events of the 1780s in her role of Captain of the Guards, while all the while loving the faithful, kind, courageous stable boy 'André Grandier', played by Barry Stokes. 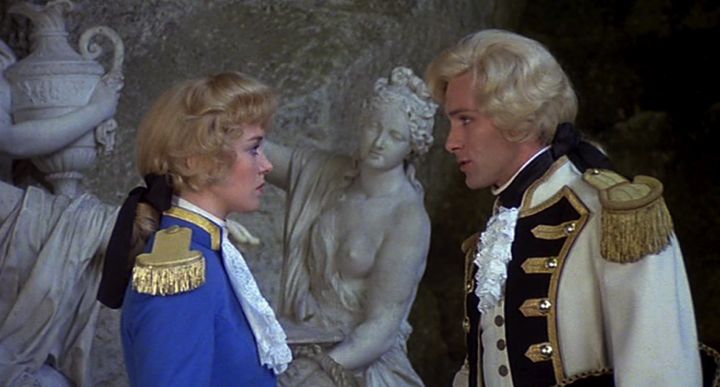 The movie was directed and also partly written by Jacques Demy; and its lush, sentimental musical score is by Michel Legrand.  Most of the actors were English but the film was filmed in France,

much of it at Versailles.  An alternate title for the movie was The 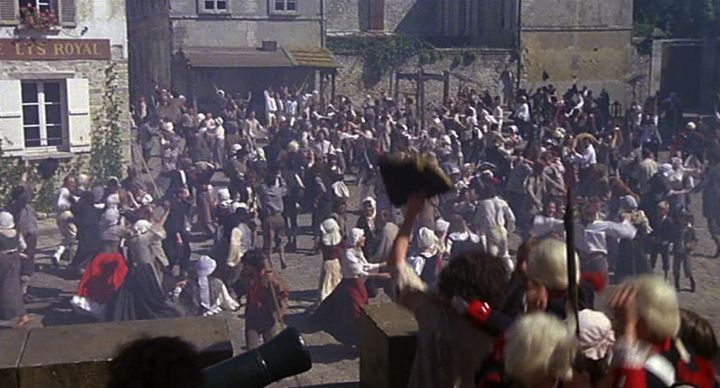 The big stunner, when you

sit down and watch Lady Oscar, is the opening credit revealing that it

was Toho Studios of Japan that produced the film.  At first glance, because of that familiar logo, you expect Mothra to come flying into the film.  But

no, or rather, “Non!”: it's the fashionable, swirling, and almost

feminine style of the man who directed Catherine Deneuve, Françoise 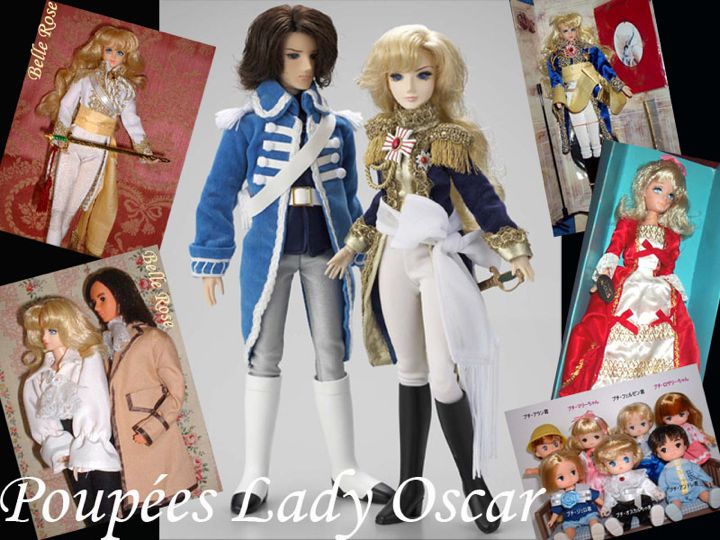 In other words, this is a mélange, an improbable

mix of commercial and historical elements, which, taken together,

produced an odd movie — at least, if you stop to consider the

ingredients.  Turns out Demy was not getting much work at the time; that the

Japanese had a popular commercial property on their hands, which was a

comic book entitled The Rose of Versailles; and that Lady

Oscar was made entirely and by design for domestic consumption in

Japan, even though it was filmed in France, with English actors, English

dialogue, and a French crew.  Lady Oscar's being owned by Toho of 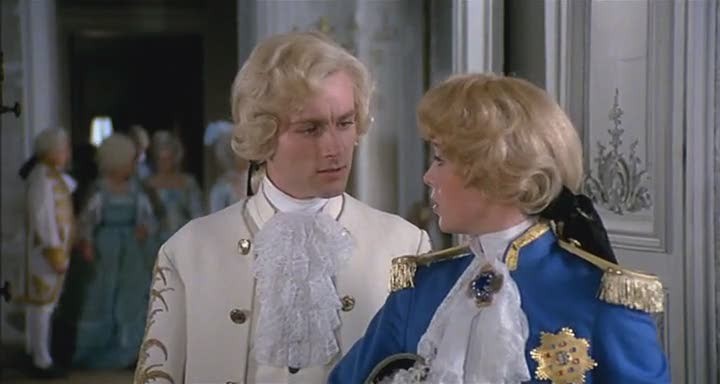 Long story, isn't it?  Has all the makings of a colossal flop, right?  Too many cooks spoil the broth, “n'est-ce pas”?  You might think so.   And many do.  But I think Lady Oscar is a touching, lovely, sexy, beautiful movie.

Click here to continue reading and find out why:

The Odd Beauty of Lady Oscar 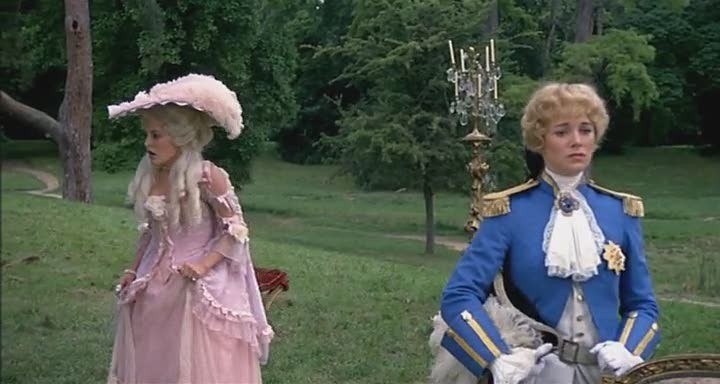 it is lovely to look at.  There is not a bad or ugly composition in it,

for a master is directing the camera.  As always with Demy, there is

the iris effect at the beginning and the end; the women's fashions are

gorgeous; the lens is fluid but not falsely fluid.  (I love the Vertigo

effect, half-way through, when Marie Antoinette finally succumbs to her

“youthful passion” in the garden pavilion.  It doesn't feel out of place

at all.)  The ball sequences are fairy tales of movement and pastels,

especially blues; the outdoor scenes at the Queen's Versailles hameau

or retreat are pure “70s pastoral”, soft-focus, but not like

advertisements; and the actors, who are mostly wooden,  fit when you

understand they are meant to be decoration for . . . “Lady Oscar”.

Now I come to the two chief goods of this film,

which leaves, with its many faults — such as the woodenness of the

plot, the script, and the actors, to name just a few! — a lasting impression.

The first great plus of Lady Oscar is the

to a noble mother after five girls have preceded her in birth, has been raised a boy.  Oscar is a beautiful young woman in the

garb and robe of a young man.  But Oscar knows she is really a girl, and

understands herself to be a girl.  Nevertheless, she plays

the part of and dresses like a man, in order to please her father (who

had tired of having so many daughters, and longed for a son).

is no sub-text here, in other words, or at least none that I

can see.  When Oscar takes off her shirt, for example, to examine her

body after a duel, we see her female chest.  Demy dwells on Catriona

MacColl in this scene.  Later, she is able to confess her lifelong love

for 'André' to André, and they make love.  There is no ambiguity or

and I think it is an important “yet”, “Lady Oscar's”

male clothing over a woman's body, gives her insight and involvement in

the life of both the sexes at Court.  We therefore see the highest world of female fashion,

through the eye of the Queen's Body Guard, “Oscar”, who is a woman.  Maybe

this reflects Jacques Demy's own persona.  I don't know.  He certainly

shows, in the stunning visuals and moving camera, a secure comfort with

Whatever is going on under the surface, or

which we might have more light to shed today, what you actually see in

(and performing it well) as a cross-dresser, yet never stops loving . . . André.

Now to the second and final point, the core of “Lady Oscar for Today”.  A

and the bigger social and political struggles that surround people at

romantic longings of the twins, played by Catherine Deneuve and Françoise

Dorléac, are lightly contrasted with readings

from the newspaper, by their mother, concerning threats to world peace.  In A Room in Town (1988) the fated

background of a shipbuilders' strike in a French port.  The

focus is on the intimate drama, not on the social conflict; and that is

reflected concretely and bitterly at the end.

In Lady Oscar, which portrays, through big crowd

scenes, such historic events as the first meeting of the Estates General

and the fall of the Bastille, the director's focus, almost

against the screenplay, is on “André” and “Oscar”.  That relationship is

where your emotional attention is, from the beginning to the end.  And

the ending of the movie reflects this personal focus most

acutely, and painfully, and memorably.  No wonder almost everyone

deplores the ending.  I can well understand why.  Nevertheless, I love

the ending.  Mainly because I can't shake it.  I wake up sometimes

thinking about it, crying out “André!” and waking our neighbor's dog,

not to mention Mary.

The ending of Lady Oscar says something

important about life.  The “devil is in the details”, or rather, the

heart of life is in the personal — the intimate, the one-to-one, the

mourned romantic love, in a blue-and-red uniform of the Queen's Guards,

with a lovely actress secure within it, looking not for “Liberté!

Fraternité! Égalité!” (which are wonderful ends,

we know), but rather for the stable boy of her heart, the man whose heart

never left her and whose heart she never left. 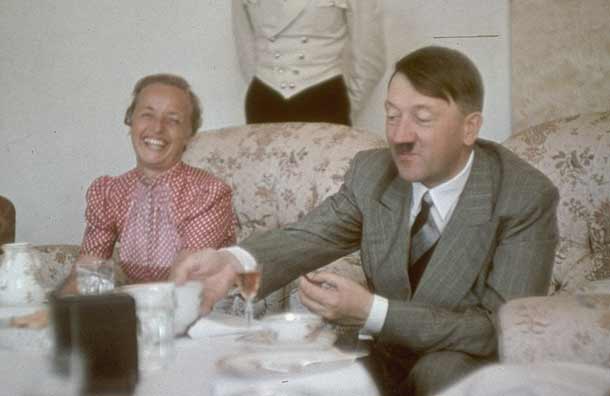 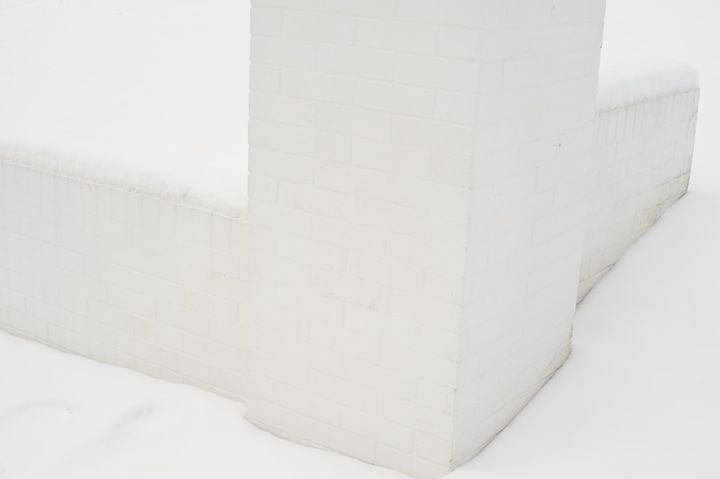 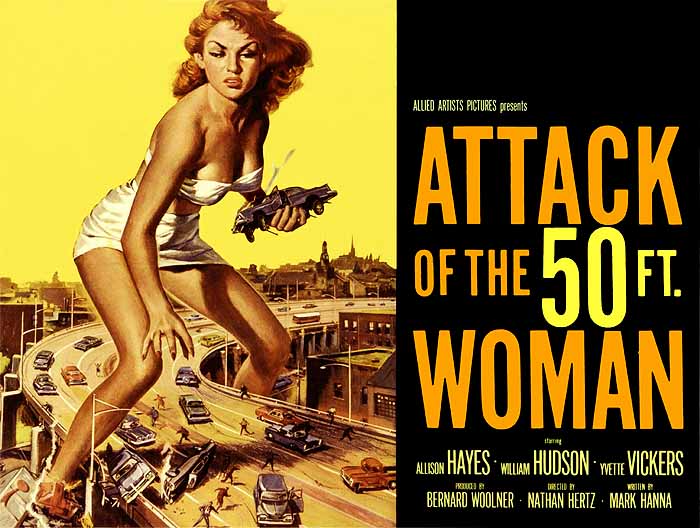 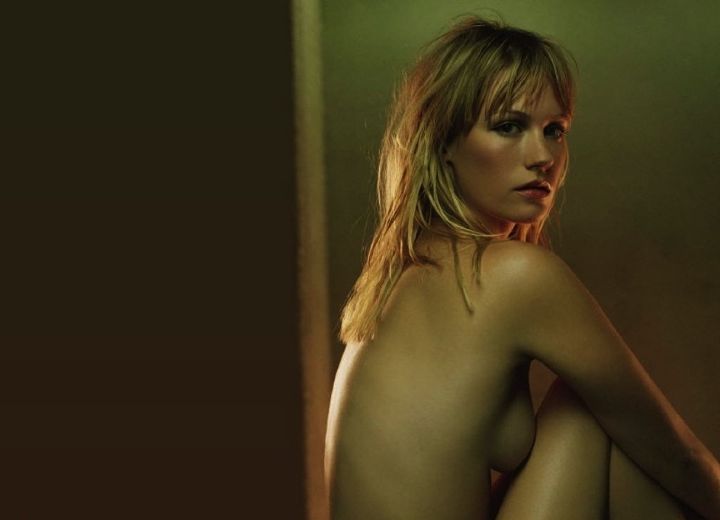 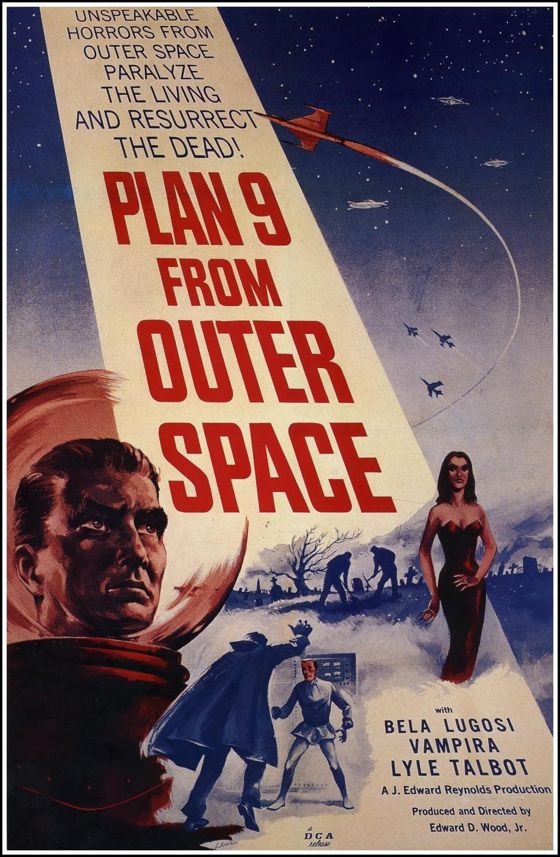 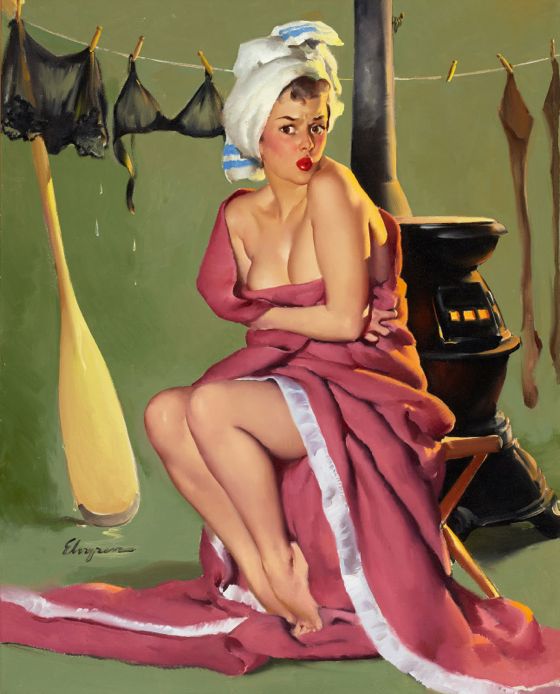 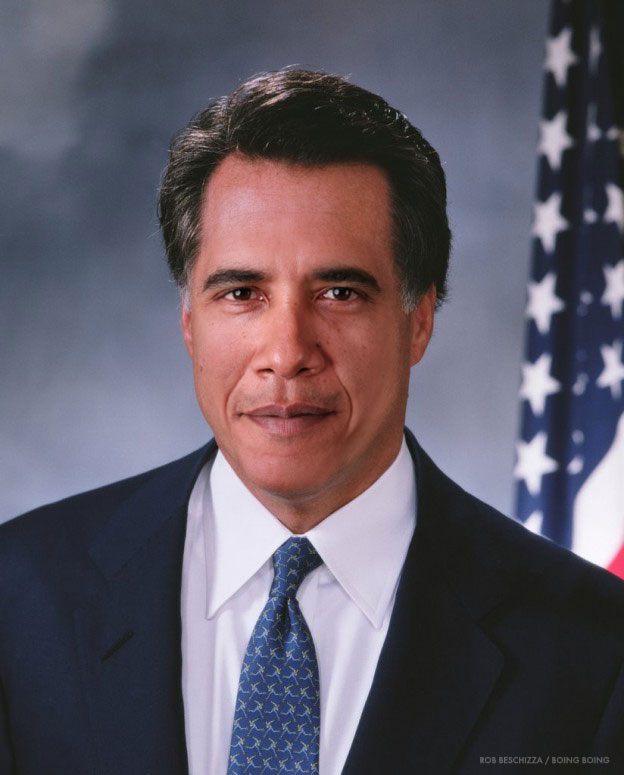 . . . on the occasion of its filing for bankruptcy.  This is a digitized Kodachrome slide from 1957.  Below are the subjects some years later, taken with an iPhone.  Just not the same. 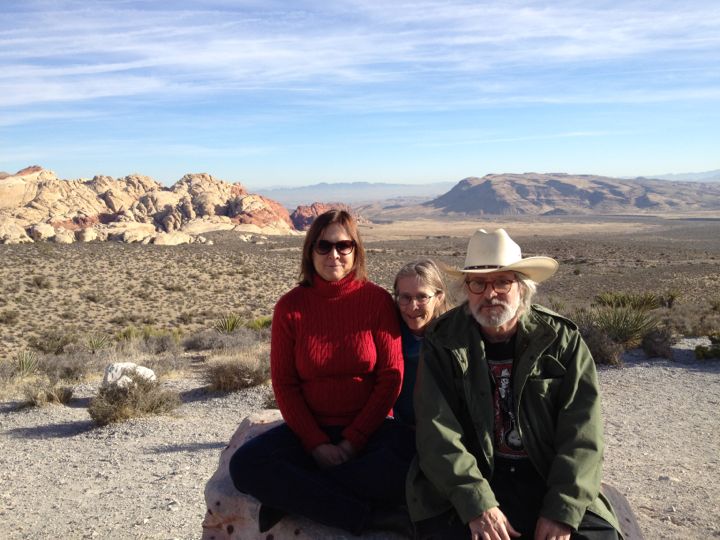 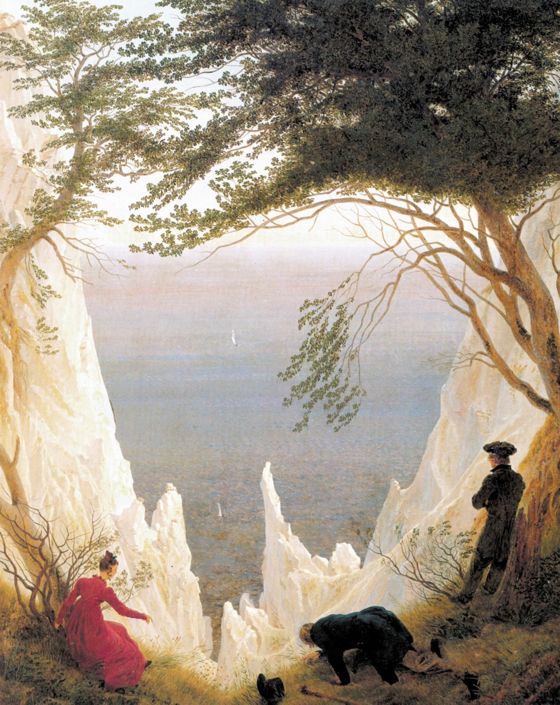 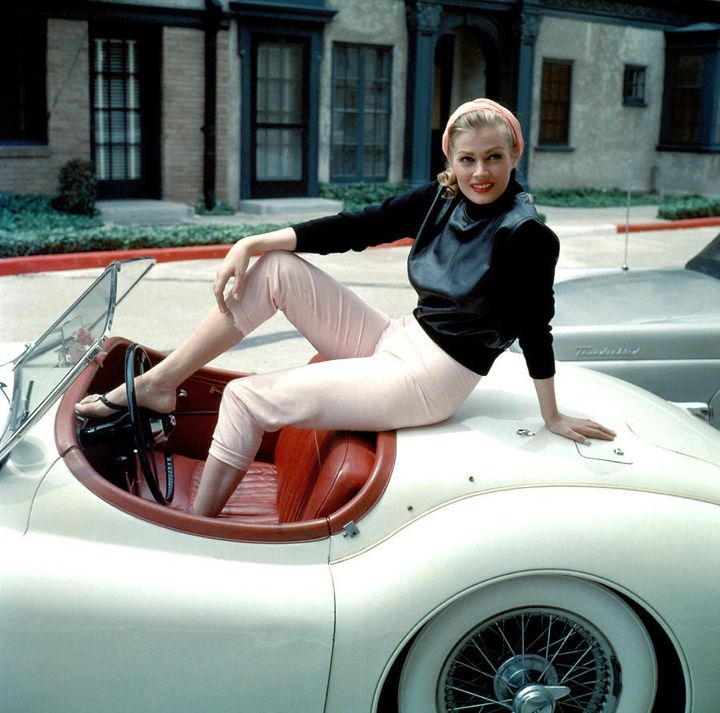 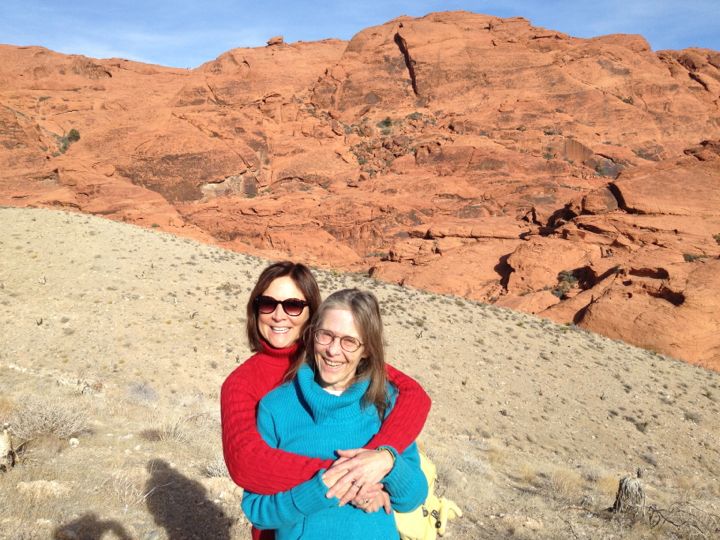 My sisters revel in the desolation. 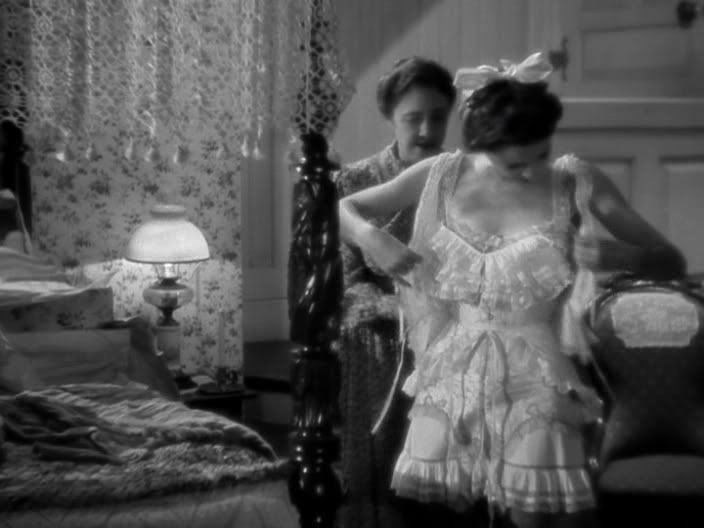 . . . to think about Barbara Stanwyck being strapped into an old-fashioned corset.